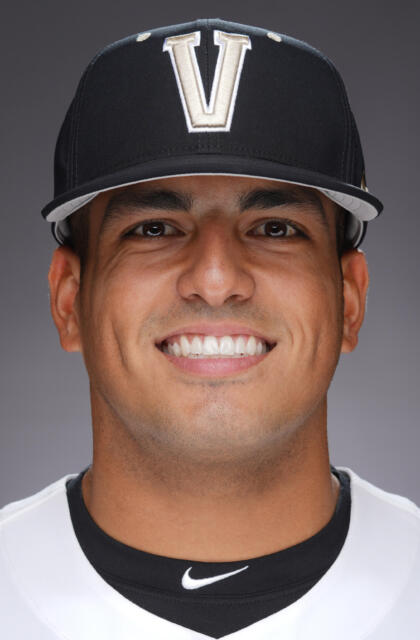 Head coach Tim Corbin on Gonzalez: “Jayson’s care level for our baseball program has been deep rooted since he was a young kid. He genuinely gets great satisfaction by watching other people have great success. Everyone in this program wants to see this young man have his own success. His habits on the field are consistent and positive… he never takes a repetition off. We have been very fortunate to have him in our program for four years. He models the behaviors and personality that are important to our program.”

As a Senior (2021)
• Selected by the Chicago White Sox with the 515th pick in the 17th round of the 2021 MLB Draft
• Named SEC Player of the Week on April 5
• Drove in three runs in and launched a homer in the first game of the season-opening twinbill against Wright State (Feb. 22)
• Was a perfect 3-for-3 in the series-opener against LSU (April 1-3), where he drove in two runs
• Recorded six hits on nine plate appearances in the series sweep of LSU (April 1-3)
• Belted two home runs in the first two games against rival Tennessee (April 16-17)
• Closed the Mississippi State series (April 24-25) with identical 2-for-4 performances from the dish
• Launched the game-tying home run in the regional final against Georgia Tech (June 6), while also going 2-for-4 from the plate