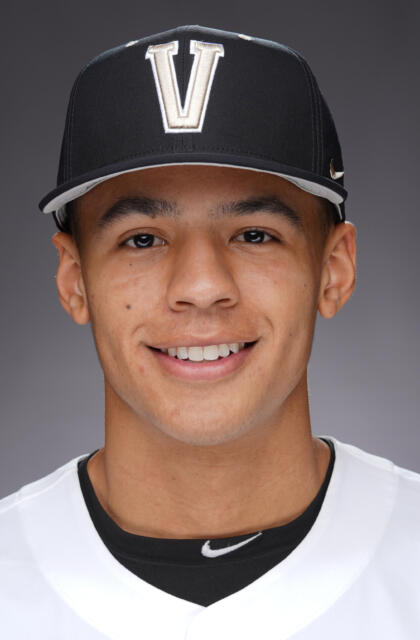 Head coach Tim Corbin on Thomas: “We have all enjoyed watching IT’s development and maturity over the last three years. He handled his role as a young player like a professional. He learned how to invest and learn from the older players, and now we are seeing the dividends of his patience. He has overriding tools and abilities. The consistency part of the game has flourished because of his attention to detail and training. His growth is going to be continual.”

As a Junior (2021)
• Saw action in 59 games, while making 57 starts
• Named to the ABCA All-Southeast Region second team
• Ranked third on the squad in batting average with a .305 mark
• Belted 13 home runs, to rank third on the team
• Owned a .583 slugging percentage which placed him second among the Vanderbilt offense, and 10th in the SEC
• Went 3-for-5 in season-opener versus Wright State (Feb. 22), which included one homer, a triple and three RBI
• From March 9-25, Thomas notched 16 hits in a nine-game span
• Launched three homers in the Oklahoma State series (March 13-14), including two in the finale
• 3-for-3 day in the deciding game two of the South Carolina series (March 20), which included a double and a triple
• Swiped a season-high three bases in the midweek win over North Alabama (May 11)
• Belted two home runs in the win over Ole Miss (May 15)
• Stole two bases in the first win over Georgia Tech in the NCAA Regional (June 5)
• Launched the game-winning grand slam in the top of the 11th inning over Georgia Tech (June 6), which capped off a 3-for-5 day from the plate