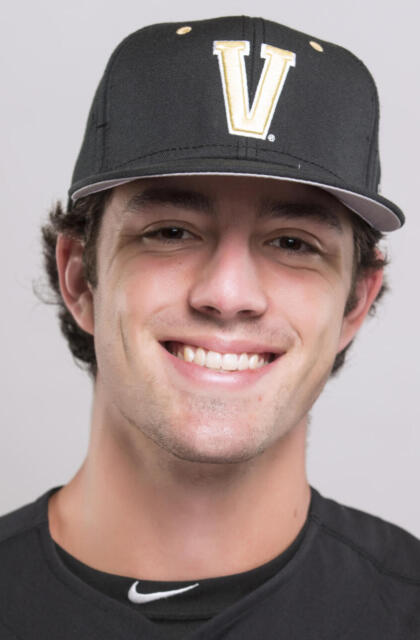 COACH CORBIN QUOTE: “Dansby is a rare talent… he affects the game in so many different ways, whether it’s physically on the field or in the clubhouse. Plain and simple, he’s a winning baseball player. There isn’t much he can’t do well. He has a ‘care’ level for his personal game and the team, which naturally balances itself out. He’s a lot of fun to coach and watch and a tremendous student as well.”

2013 – Shoulder injury ended his season…Struck out twice in win at Georgia 4/20 G2… Popped up in his lone at-bat vs. Missouri 4/14… Played in his first game since injuring his foot 2/23 drawing a walk against Missouri 4/13… Missed six weeks with a bro- ken bone in his foot… Walked and scored against Monmouth 2/23… Picked up his first career double turning a single into a two-base hit and score the first run of the game in win over Monmouth 2/22… Started at shortstop against Central Arkansas 2/20 going 1-for-2 with two runs scored and a stolen base… Went 0-for-2 at Belmont 2/19… Earned his first career start at shortstop going 1-for-4 in loss to Long Beach State 2/17… Lined out to left in his first collegiate at-bat in win over LBSU 2/15.

HIGH SCHOOL – A standout two-sport star in baseball and basketball earning multiple honors in both sports… Lettered three years in baseball and hoops, while serving as team captain on the basketball team his final two seasons… Is third all-time at Marietta HS with 171 made three-point field goals… Played summer ball for the East Cobb Yankees, winning the 2012 Perfect Game national championship… Was a 38th round pick by Colorado in the 2012 draft.