Dores and the Olympic Dream

Jeff Turner won a gold medal at the 1984 Olympics surrounded by giants.

But one of the moments he’ll never forget involved some of the smallest Olympians.

U.S. basketball coach Bobby Knight believed the Americans’ best chance to win gold was to overpower opponents with height and muscle. So when Turner boarded a bus at the Olympic Village bound for the Opening Ceremonies at the LA Coliseum, he took a seat alongside seven-footers Patrick Ewing and Jon Koncak, 6’11 Joe Kleine, and his fellow 6’9 forwards Sam Perkins and Wayman Tisdale.

“They had set up the buses by how many people were on each team. We matched up with the women’s gymnastics team,” Turner recalled. “So, it was the biggest and smallest at the Olympic Games on our bus. We got some great pictures of Patrick Ewing standing next to Mary Lou Retton.”

With two former Commodores (U.S. cyclist Lily Williams and Austrian golfer Matthias Schwab) participating in the Olympic Games in Tokyo beginning Friday, Turner is one of two former Vanderbilt students to have participated in prior Summer Games, the other being Scott Muller, who competed for the nation of Panama as a slalom canoer in the 1996 Games in Atlanta. Muller, whose father was born in Panama, developed a love for the sport after checking out canoes from the Vanderbilt Student Recreation Center as a student in the early 1990s. On the eve of the 2021 Olympics, Turner and Muller reflected on their Olympic experiences and offered words of advice for the Commodores competing in this year’s Games. 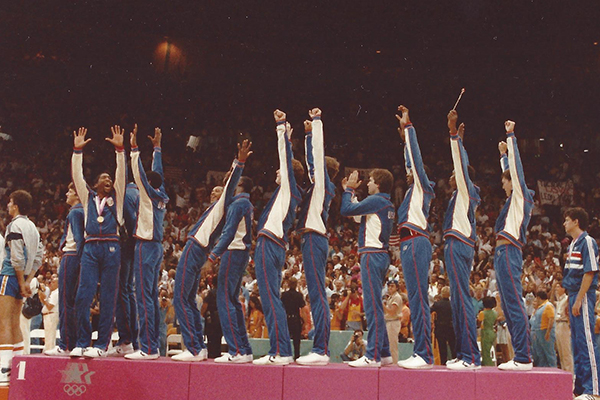 The ’84 Olympics in Los Angeles were just one piece of a whirlwind spring and summer for Turner. In March, he wrapped up his senior season by leading the Commodores in both scoring (16.8 points per game) and rebounding (7.3). In May, he participated in the U.S. Olympic tryouts, missing his graduation ceremony. In June, he was selected in the first round by the New Jersey Nets in the NBA Draft. The Olympics ended in mid-August, and Turner traveled with the Nets on a summer tour to Italy and Israel. Then he got married and began his pro basketball career with training camp in October.

Turner had grown up watching the Olympics on television like anyone else, including vivid memories of the controversial 1972 gold medal basketball game between the Soviet Union and the United States. “I remember sitting there with my grandfather and my father, and how upset they were with that whole end to the game, and dreaming about how someday I wanted to be on that Olympic team,” Turner recalled. “I was fortunate to graduate from college in an Olympic year, and to be a part of that whole process was special.”

In the days before NBA players competed in the Olympics, Turner was part of a team of college all-stars, including 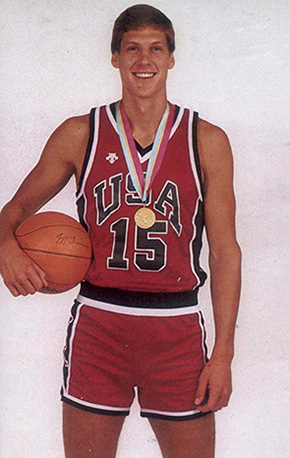 future Hall of Famers Michael Jordan, Chris Mullin, and Ewing. In fact, Turner’s ’84 team was the last team of U.S. amateurs to win Olympic gold. After the ’88 team won only bronze in Seoul, South Korea in 1988, the worst U.S. performance in Olympic basketball history, the Dream Team came along in 1992, with NBA stars Jordan, Larry Bird, Magic Johnson, Charles Barkley and others returning the U.S. to prominence.

But for Turner and his fellow amateurs in ’84, everything about the Olympics was an eye-opening experience. Receiving their Olympic gear, their parade uniforms, their security credentials, all of it was fun. “You get all your stuff and take it back to your room and it was like ‘Wow, we’re really here, this is real.’”

For Muller, his “wow, I’m really at the Olympics” moment came during the Opening Ceremonies, when legendary boxer and humanitarian Muhammad Ali, suffering from Parkinson’s Disease, surprised everyone in attendance by coming out to light the Olympic flame. “I don’t think anyone in the stadium knew who it was going to be, and then I don’t think anyone knew if he was going to be able to make it,” Muller recalled. “It was really heroic, and I couldn’t think of a bigger inspiration. I don’t think anybody in that stadium was breathing. It was pretty spectacular.”

Muller thoroughly enjoyed his time living in the Olympic Village (“The rumors you’ve heard about the Olympic Village? They’re all true,” he says), and he said his advice for our current Olympians is to try to slow down and appreciate the moment as much as possible. “There really is one rule and is to let the chills flow through your whole body, and to know that that moment never ends,” he says. “Forever green is the tree. For me now, it’s like having a little secret button I can push whenever I want to feel those chills again. I’m not exaggerating. I can close my eyes and do my Olympic race run in my head and get my heart rate up to 185.”

Turner said his advice to the Olympians is to try to take in as much of the experience as they can. “You’re there with a job to do and you can be so singularly focused on that, you don’t really appreciate what’s going on around you. Try to go out and see the other competitors.” Turner and hoops teammate Jon Koncak visited the swimming venue one day, cheering on Koncak’s SMU friend Steve Lundquist and Turner’s friend from Nashville, the legendary Tracy Caulkins. “I just wish there had been more time to do things like that,” he recalled. “I would have loved to have seen track and field.”

Muller said it’s important for our Commodore Olympians to know they belong in Tokyo. “One thing I didn’t realize at the time, and wish someone had told me, was that it’s not a question of if you’ll do your best. That’s already happened. You’ve done amazing things, and the hard part is over. You’re right where you’re supposed to be. Now the Olympics are your moment. You just have to pull the cork and ride the magic and witness how much more you’re capable of than you even knew.” 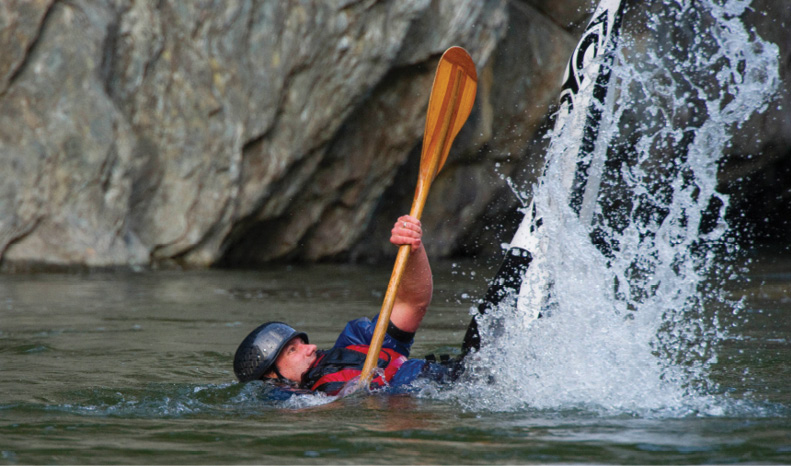 In the years since their Olympic glory, both Turner and Muller say they think of the experience often. Turner said his Olympic run – which included an undefeated string of 17 straight exhibition games against NBA players and the Olympic contests – is “right there at the top” of his life in basketball. Among his prized possessions is a basketball signed by his Olympic teammates. But he also said he never wanted his basketball accomplishments to put any extra pressure on his daughters as they were growing up as athletes themselves. So he doesn’t have a house filled with memorabilia, no self-centered shrine to his career.

And Muller said that he, too, downplays his Olympic experience with others. It’s not at the top of his list when asked to name a “fun fact” about himself.

“I almost never talk about it, I’m not saying it’s sacrilegious, but it’s not a card you play,” he said. “Maybe it would be different if I had a gold medal around my neck. Everyone has an interesting story. I’m just lucky I got to live mine.”

Now it’s time for Schwab and Williams, with Commodores around the world cheering them on, to live theirs.