Former Vandy standout to compete for native country in Tokyo

NASHVILLE, Tenn. — Vanderbilt golf will be represented at the 2021 Olympic Games in Tokyo as former Commodore Matthias Schwab will compete for Austria starting July 29 in Saitama, Japan.

Schwab, from Rohrmoos, Austria, was a three-time All-America selection from 2014-17 for Vandy. He was also named All-SEC three times and made the 2014 SEC All-Freshman team. 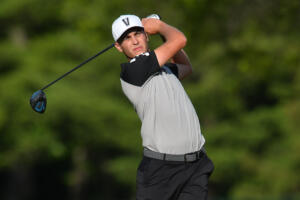 “We are all so excited for Matthias and this great achievement,” Vanderbilt head coach Scott Limbaugh said. “He has always taken great pride in his home country of Austria and I know this means the world to he and his family. His father, Andy, was an Olympic bobsledder in the 1976 Olympics which makes this even more special.

“I’m so proud of Matthias and the way he represents his family, his country and Vanderbilt golf with great character, pride and humbleness. We will all be glued to the television watching him compete in Tokyo in July.”

Schwab is currently competing on the European Tour. He turned pro in 2017 and is ranked 126th in the official world golf ranking.

Having played in 87 career tournaments, Schwab has carded two second-place finishes and once came in third. Nineteen times he has finished inside the top 10.

Schwab will be paired in the Olympics with Sepp Straka. Straka is a professional competing on the PGA Tour who attended the University of Georgia from 2011-16.