NASHVILLE, Tenn. – After 27 seasons on the sidelines with the Vanderbilt women’s tennis program, Geoff Macdonald will step back from his assistant coach role and move into an administrative role.

“Geoff has meant so much to our student-athletes and the entire community for nearly three decades, and we will all benefit from his talents and continued service to Vanderbilt Athletics,” said Vanderbilt vice chancellor for athletics and university affairs and athletic director Candice Lee. “As a coach, his development and mentorship of some of the greatest names in women’s tennis speaks for itself. His success as a coach has earned him the opportunity to transition to a ‘Coach Emeritus’ position and turn his attention to other areas as we move forward into the next chapter of Vanderbilt Athletics. It is my desire to support our successful coaches and keep them engaged as long as possible in this department and university, even when they decide to step away from coaching. We are all excited to work with Geoff to start down this new path.”

Named head coach at Vanderbilt ahead of the 1995 season, Macdonald spent 26 seasons at the helm of the Commodores and served as a model of consistency in never missing the NCAA Tournament. He served as the program’s assistant coach for the 2020-21 season.

“Geoff was gracious and selfless enough to step in and assist Aleke Tsoubanos when she transitioned to being our head coach last year, during an unprecedented time as we dealt with the challenges of a global pandemic,” Lee added. “His support of her and the program was incredible, and we now appreciate the mutually beneficial opportunity to support him and our department.”

One of the 𝙗𝙚𝙨𝙩 our game has ever seen. 🎾

Thank you to Coach Macdonald for an incredible 27-year run with our program.#AnchorDown pic.twitter.com/PzdIKz4w31

Along the way, Macdonald guided Vanderbilt to the Sweet 16 on 19 occasions while winning the 2015 national championship, posting runner-up finishes in 2001 and 2018, three Final Four finishes and two Elite Eight culminations.

“I’m so grateful to Vanderbilt for hiring me in 1994, and I’m proud of all the players I’ve been privileged to coach and bursting with pride at what they accomplished both on and off the court,” said Macdonald. “Vanderbilt’s values and my own lined up perfectly — academic excellence and developing young people to become their best selves. The fact that we were able to win at the highest levels of the college game, and to represent Vanderbilt with class and sportsmanship, is something I’m very proud of. I’m looking forward to continuing to contribute to Vanderbilt as we build a department that will set the standard in collegiate athletics.”

A six-time conference Coach of the Year, four-time ITA regional Coach of the Year and the 2015 ITA Coach of the Year, Macdonald quickly built Vanderbilt’s reputation into that of a program known for rapid player development, strong commitments to coaching and unmatched excellence on the court and in the classroom. He coached Vanderbilt student-athletes to 17 All-America accolades, 24 first team All-SEC honorees and 169 spots on the SEC’s Academic Honor Roll. 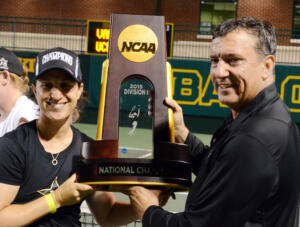 Developing one of the most revered programs in the SEC, he led the Commodores to three regular season titles and 16 top-three finishes, including a second-place finish in just his second year in Music City in 1996. While successful for years on the national scene, Macdonald guided Vandy to its first SEC Tournament title in 2015. That title opened the flood gates for the program with Vanderbilt winning three of four SEC Tournament titles from 2015-18.

“I can’t express enough how grateful I am to Geoff for all he has done for me personally and for Vanderbilt women’s tennis and this incredible university and community,” Tsoubanos said. “Twenty-two years ago, he had faith and took a chance on me as a student-athlete, and at that time I never would have predicted what was to follow and all we would experience together as a coaching duo. He has been a shining example to me of what excellence, integrity, passion, and dedication in collegiate athletics looks like. What has been accomplished in his 27 years at Vanderbilt capped with an NCAA championship is nothing short of remarkable. Geoff is without a doubt one of the most highly regarded, well-respected coaches in all of tennis and I will miss coaching with him deeply. I have had the honor and privilege for the better part of my life of calling him my coach, colleague, and a friend.”

On the national scene, Macdonald’s teams finished campaigns ranked inside the top 20 on 23 occasions with 10 top-10 finishes and six top-five marks. Before Macdonald’s arrival, Vanderbilt had never been ranked higher than 28th nationally.

A 1981 graduate of Virginia, Macdonald won 631 matches as a head coach – fifth on the all-time list – including 517 with the Commodores.

Macdonald stepped down from his role as head coach of the program last summer to clear the way for Tsoubanos to take over the reins after 13 seasons as an assistant coach under Macdonald’s tutelage. Together as one of the most respected college coaching duos in the country, the pair ushered the Dores to 250 wins, 13 NCAA Tournament appearances and back-to-back SEC Tournament and regular season titles in 2017-18. From 2015-19, Vanderbilt reached at least the Elite Eight all five seasons with the 2015 national title, back-to-back Final Four runs in 2016 and 2017, a runner-up finish in 2018 and an Elite Eight finish in 2019. 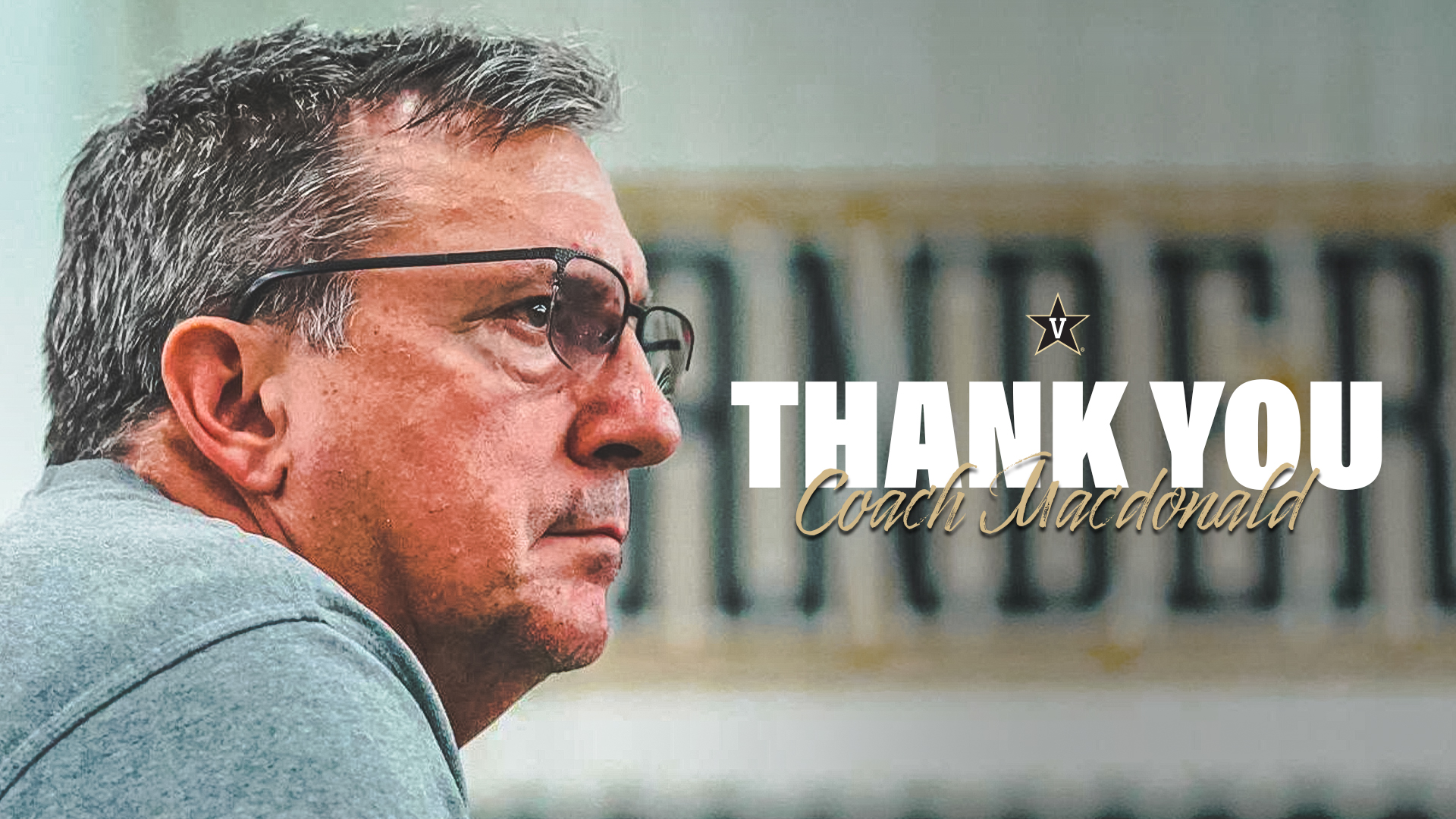