NASHVILLE, Tenn. — To know Candice Storey Lee is to know someone who bleeds, breathes and boasts the black and gold.

On Tuesday, the former Vanderbilt women’s basketball standout and three-time graduate of Vanderbilt University took the helm as interim vice chancellor for athletics and university affairs and interim athletic director.

A life’s work on West End has turned into a life-changing moment.

“I’ve walked these halls and these streets and these paths with this community,” Lee said Wednesday just minutes before the Vanderbilt men’s basketball team would go on to beat No. 18 LSU. “I couldn’t be more proud to serve in this capacity.”

The first female athletic director at Vanderbilt and first African American woman to head an SEC athletics program, Lee, neé Storey, played for the Commodores from 1998-2002 and was part of teams that combined for 54 wins during her final two seasons. Lee’s work is well underway as she met Thursday for dinner and discussions on her vision and the way forward for Vanderbilt Athletics with current student-athletes and head coaches, the Board of Trust and Vanderbilt Interim Chancellor and Provost Susan R. Wente. 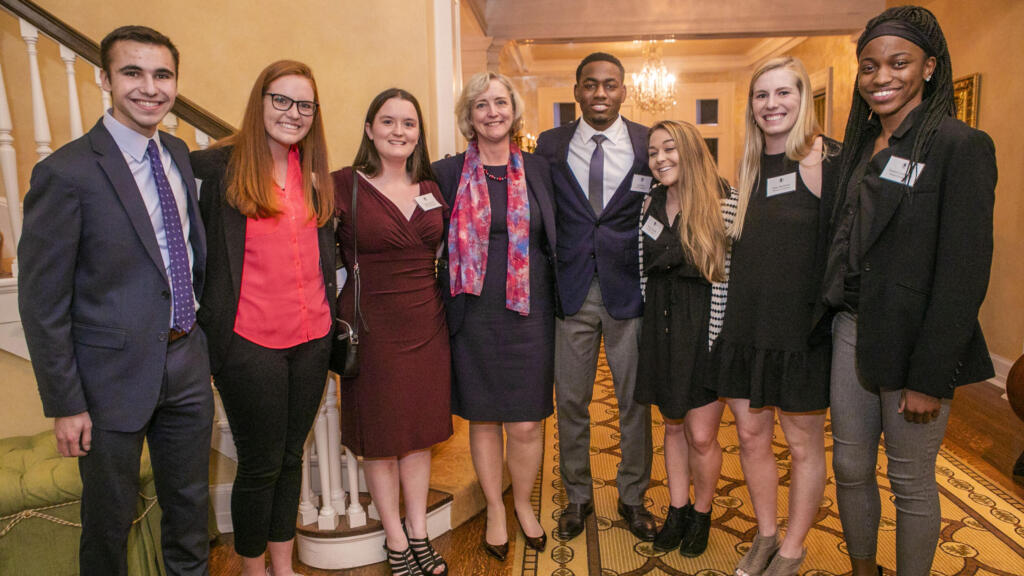 “I am elated for Vanderbilt University, the Southeastern Conference and Candice Lee,” Virginia director of athletics Carla Williams said. “She is a brilliant person and a gifted administrator. Candice is perfectly prepared to lead Vanderbilt Athletics and she will do a phenomenal job.”

For all of Lee’s professional accomplishments, her ability to relate to the Commodores on a personal level may stand out above everything else.

“I can’t say enough about who she is as a person,” Matthews said. “She has an amazing spirit and she makes everybody in that room feel warm. I think also what is extremely cool about Candice is she was always willing to learn.

“She continued to learn, she continued to grow and she knew at some point she was going to have this opportunity to lead Vanderbilt and I can’t be happier for her. I think she’s the perfect person for the job.”

The veteran leader noted Lee’s deep knowledge of what it means to be a Commodore.

“She knows this place. She understands what Vanderbilt is,” Mason said. “She’s a thorough leader. She’s got pronounced leadership. I believe she’s the right person for the job.

“What we’re going to do is walk hand-in-hand with the rest of the athletic department that we make sure that we move Vanderbilt Athletics forward.”

Said Stackhouse, “There’s nobody that embodies or understands the Vanderbilt way more than (Lee). The fact that she’s still right here, in place, ready to step up and step in, I think that’s a great thing for us, a great thing for the University and we just want to continue to follow her leadership, try to continue to give these student-athletes the best things that we can give them on the court and off the court.

“She has an understanding. She played here, she understands what it looks like. Quite frankly there’s probably nobody better to really know how you need to navigate the world that’s here at Vanderbilt to get things done. We’re looking forward to her leadership.”

Late Wednesday night, after the Commodores had, perhaps symbolically, beaten LSU and broken a 28-game losing streak against Southeastern Conference competition, Stackhouse tilted his head to the left during his postgame news conference, grinned and noted, “The boss lady is 1-0.” A few moments earlier, LSU coach Will Wade, a Nashville native, had left the room and paused when passing Lee to say, “Hey, congrats again.”

A new era of Vanderbilt Athletics has begun with a familiar face and a fresh vision. Candice Storey Lee is ready for that era.

“I think we shouldn’t be afraid of the expectations. Commodore nation has been very loud and vocal and passionate and I share that same passion,” she said. “I think it’s OK for people to have expectations of us because we have them of ourselves. I feel very privileged to work with the staff that’s out here, the coaches and most importantly to support our student-athletes. We will remain committed to providing the best student-athlete experience possible.

“I think Vanderbilt has the opportunity to grow forward. That’s what I told the senior staff and the head coaches (Tuesday) when we met. We have wonderful opportunities to enhance what we do and to live out our values. I was excited about that proposition when I was 17 – now a few years later I’m still excited.”