Kemp Continues to Cause Change

NASHVILLE, Tenn. — Tony Kemp’s entire platform began with a simple mantra he remembers learning as far back as kindergarten: Treat everyone equally.

“You would think that is such a simple task, but here we are,” Kemp said.

Kemp, a second baseman and outfielder for the AL West-winning Oakland Athletics this past season, became a social justice activist this summer thanks to the +1 Effect.

It all started in June when Kemp posted a simple video message on social media. The former Vanderbilt baseball star requested for his followers and his fans – and even for his adversaries – to have a real and respectable conversation about race relations and social injustice in today’s American society.

Three months later the +1 Effect has become synonymous with Kemp on and off the baseball diamond. He said his social media inboxes are constantly full with those who want to join the conversation.

“Man, it’s as strong as ever,” Kemp said of +1. “The feedback has been unbelievable. There have even been some people that have said, ‘Hey, I talked to my own dad about the +1 Effect and we had a serious conversation.’ I think people are just really understanding how impactful it can be and where it can really lead in society and how much it means to just have a simple conversation and being level-headed in it. 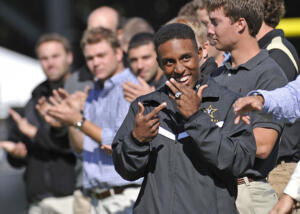 As the interest in Kemp’s movement grew, he partnered with BreakingT to create a shirt that reads, “+1 Effect,” on the front and, “Be The Change +1,” on the back. The shirt has been worn by Kemp’s Oakland teammates, players from across MLB and celebrities and athletes around the country.

He also received support from those who played with him during his time as a Commodore from 2011-13. And on Thursday, Vanderbilt head coach Tim Corbin taught his current team about Kemp and issued +1 Effect shirts to everyone on the roster.

“When speaking to character traits amongst our players, I always use Tony as an example of being a positive life force within our program,” Corbin said. “His spirit for other people, the game of baseball and life in general has always created an energy within the group that is so difficult to find in a player. His energy was a force and it was a very positive force.

“There was no questioning his physical skills sets as a player, but his spirit became an intangible that elevated his physical skills and everyone else’s around him. There is significant team value to a player like that and therein lies why the teams that include Tony always have winning fibers.”

After hitting .247 in 49 games for Oakland this season, Kemp has completed five Major League Baseball campaigns. He was selected in the fifth round of the 2013 MLB Draft by the Houston Astros after being named the 2013 SEC Player of the Year.

Kemp, a graduate of Centennial High School, hit .398 as a junior for Vandy in 2013, scored 58 runs and stole 27 bases. He made his MLB debut in 2016 for Houston and played for the Astros until 2019 before splitting time between Houston and the Chicago Cubs.

The 5-foot-6, 160-pound Kemp said the 2020 season was a lesson in maintaining focus on the importance of his movement while simultaneously striving to complete the mission of helping the Athletics win a pennant. He has also learned how to interact with detractors who say Kemp – and others – should focus on baseball and not speak their minds about the world they live in. 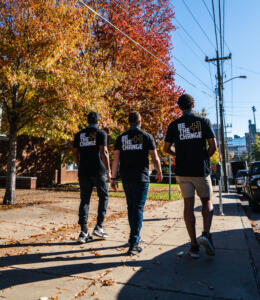 “I’ve been praying about those people a lot,” Kemp said. “I think the crowd that says, ‘Shut up and play baseball,’ I think we’re past that point. It’s too big of an issue for athletes to not stand up and say something.

“People say, ‘This is not what I signed up for, this is not what sports is, you guys should take politics out of it.’ But human rights are not a political thing. These are historic days in sports. People are going to say, ‘Hey remember when the Oakland A’s and Houston Astros didn’t play because of the social injustices going on and because of people being oppressed in America?’ This is what we’re talking about. These are some big deals.”

While Kemp’s quest for a World Series ring ended with a series loss to Houston in the American League Division Series, he continues to impact his community through dialogue and education outside the game. Kemp also credited Vanderbilt and Corbin for giving him the growth he needed to succeed.

He joked that he probably wasn’t even a “two-star” recruit as an undersized infielder coming out of high school and that his maturity was nowhere near the level it needed to be to succeed at the next level of baseball.

These days when Kemp sends a text message to his former coach he thanks him and lets Corbin know that he wouldn’t be where he is today without his help. Perhaps the +1 Effect was only made possible, in part, because of how a coach affected a student-athlete. 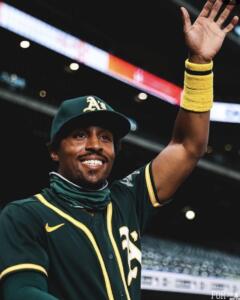 “To be able to attend a school such as Vanderbilt and everything they stand for and what Tim Corbin does for that campus and that community, I can’t put it into words,” he said. “You see all the guys that are in the big leagues that went to Vanderbilt – that’s not by mistake. It’s not just because they’re good at baseball, it’s because they know how to hold a conversation with someone who is talking about a world issue.