How Coleman Became a Commodore

Vanderbilt defensive back joined program without any prior football experience

NASHVILLE, Tenn. — It’s quite possible that Camden Coleman would have been able to join the Vanderbilt football program without his father’s small token of help.

But sometimes a father just wants to go the extra length to see his child succeed.

“He’s not someone that’s ever going to push the bill and force something that’s not meant to happen,” Coleman said. “But at the same time my parents have always supported me and tried to make sure that if it’s something I wanted to do they’ll always put a word in for me and help me out.

“They also know I hate it when they speak for me, so they would never tell me about something like that. (My father) tries to help me as much as he can without being forceful, so I’m not surprised at all he did what he did.”

A May 25, 2018 email to the Vanderbilt football program read:

“I contact you on the behalf of our son, Camden Coleman, a newly accepted entering freshman at VU for the approaching Fall, 2018 season.

“As an academic scholar and active, successful athlete throughout his H.S. period and prior years in school & AAU track and field, basketball, and soccer at University Laboratory High School, Urbana-Champaign, Il., Camden would desire ongoing extensive training and preparation toward potential pursuits in football.

“Given the limited size and scope of his high school athletic program, Camden’s football experiences have only been provided through occasional participation in University of Illinois Fighting Illini football camps and related summer experiences to introduce him to general principles of the game.

“Yet, in addition to his personal training to maintain overall athleticism, we would highly appreciate any recommendations and opportunities for individual or group coaching on the VU campus or other recommended sites, specifically to thoroughly engage Camden’s preparation for a later season extended workout and walk-on preparation.

“We are extremely grateful for Camden’s upcoming studies and opportunities for athletic involvement at Vanderbilt University and appreciate your consideration.”

Penned by Coleman’s father Barrington Coleman, that email caught the eye of the Vanderbilt personnel staff. And it didn’t hurt that Camden Coleman is an elite athlete.

Vanderbilt director of player personnel Austen Everson read the correspondence and decided to do a little research on his own. He saw online video footage of an athlete who fit the bill of – potentially – an SEC football student-athlete.

“I just connected with Camden and said, ‘Hey, when you get to campus reach out,’ ” Everson said. “We set up a meeting for August the first week he was here in town and he came and sat in my office and we just started talking through what this would look like.”

Now a 6-foot-1, 200-pound defensive back, Camden Coleman grew up in Illinois and spent his high school days in Champagne, Illinois, where his father is a professor and jazz musician. His mother, neé Cynthia Haymon, is a renowned operatic performer and retired professor.

Camden Coleman excelled in track and field at University Laboratory High School where he qualified three times for the USATF National Junior Olympics (Coleman reportedly ran a 10.8-second 100 meters in high school). He also played basketball, was a National Honor Society Member and knows the art of playing a piano and cello.

Football, however, was never in the cards.

“His interest was always – and we were always very grateful for that – in his academic excellence,” Barrington Coleman said. “That was always his focal point and that’s what literally led him to Vanderbilt.

“Then it was probably midway through that freshman year, during the winter break, he was considering some intramural sports and activities on campus, but it was still sort of on the back burner. We talked to him during and he just didn’t seem himself. We knew something wasn’t resonating with him. He said, ‘I feel like there’s something missing.’ We both encouraged him to get involved and get involved as much as you can.”

Little did the Coleman parents know that their son was going to try out as a walk-on for the Vanderbilt program. Camden Coleman himself had no idea his father had already put his son on the Commodores’ radar a year earlier.

Before the start of Vanderbilt’s spring practices in 2019, Camden Coleman joined the Commodores as a walk-on. But he mostly stayed off to the side learning how to condition and physically train for the sport while grasping the general concepts of football.

While he continued to train with the team through the summer and fall, word that he had never played organized football before began to spread around the locker room.

“The program and everybody has done a really good job of making me feel like I’m like everybody else,” Camden Coleman said. “They don’t treat me any different as long as you work hard and show you’re committed to the program.

“I’m definitely enjoying it and I definitely feel like I’m in a good spot with the team right now working my way up.”

On Sept. 21, Camden Coleman took the field at Vanderbilt Stadium and played on special teams against LSU – a squad that would go on to win the national championship. He appeared in eight games after that during the 2019 season and even recorded an assisted tackle in Vandy’s 38-0 win over East Tennessee State on Nov. 23.

Now Camden Coleman is fully immersed within the Vanderbilt football program as he prepares for his junior year of school. He can also now look back and thank his father for a little extra aid in making a dream come true.

“I knew that the path forward would be his to prove. We were not expecting – or even requesting – special treatment, I just wanted to know what the possibilities were in terms of open doors,” Barrington Coleman said. “I knew if there was an open door he would go through it on his own – he didn’t need us for that. He’s always been self-sufficient and self-disciplined.

“To see how he has set his own bar for the highest achievement has been inspirational – not only to us but a lot of other athletes at his home here and others that we’ve encountered. It’s a great story.” 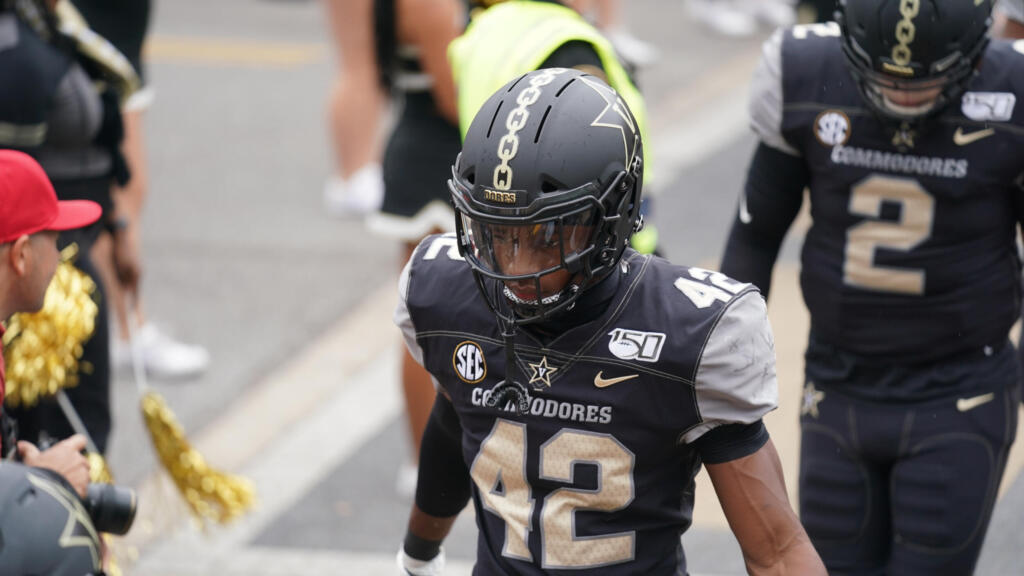