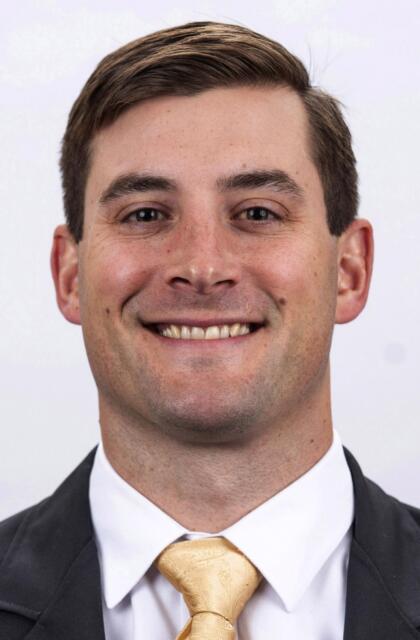 The 2020 season is the fifth on West End for Austen Everson, a Middle Tennessee native who brings collegiate and National Football League experience to the Commodore staff. Everson serves as director of player personnel.

A native of Brentwood, Tennessee, Everson spent one year as team operations coordinator for the NFL’s Tennessee Titans.

From 2009-15, Everson served at Nebraska under head coach Bo Pelini. He started with the Cornhuskers serving four years as director of high school relations before being promoted to assistant director of football operations.

Everson was a two-time team captain at Ohio for head coach Frank Solich. He earned four letters playing quarterback, starting 27 career games for the Bobcats. As a senior in 2006, Everson guided Ohio to a 9-5 regular and postseason appearance in the GMAC Bowl. That year, working under former Vanderbilt quarterback coach Gerry Gdowski, Everson threw for 1,356 yards and seven touchdowns.

During his undergraduate career at Ohio, Everson was a two-time academic All-Mid-America Conference selection, a National Football Foundation National Honor Society inductee and a Draddy Trophy semifinalist while also earning accolades in the weight room as the All-American Strength and Conditioning Athlete of the Year.

Everson was a prep standout at Brentwood High School just south of Nashville. As a senior, he was named All-Midstate Player of the Year by the Tennessean and was a finalist for Tennessee’s Mr. Football Award.

Everson is married to the former Leah Luther.