NASHVILLE, Tenn. — Sam Hliboki understands the fortuitousness of his situation.

Yes, he’s a darn-good pitcher for the Vanderbilt Commodores. But his opportunity to be part of such a high-level program can be contributed, in part, to his upbringing.

“I was pretty lucky to go to the high school that I did,” Hliboki said. “I felt like there was always college coaches or scouts around – and not just for me but for older guys and younger guys. I kind of got lucky in getting the exposure that I needed.”

A 6-foot-3, 210-pound righty, Hliboki is on the verge of a sophomore season at Vandy where he’ll have an increased role on a loaded pitching staff. His last name of Czech Republic origin, however, perhaps isn’t as familiar to most as is Rocker, Leiter, Smith or Fisher.

That will change in the coming weeks and months for a young man who threw 15 2/3 scoreless innings during an abbreviated freshman campaign. 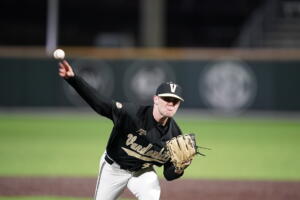 “I’m not really worried about my role this season,” Hliboki said. “I just hope that I can help whenever Browny (Vanderbilt pitching coach Scott Brown) asks me to.”

Hliboki grew up in Southern California the son of two highly-successful music industry professionals. His mother, Hildi Snodgrass, currently works as the chief financial officer for The Shalizi Group which features popular producer and disc jockey Marshmello, among others.

Hliboki’s maturation and development begin at Harvard-Westlake when after his freshman season he made the decision to commit himself to being a full-time pitcher. Head coach Jared Halpert and pitching coach Joe Guntz supported the shift in focus.

“I’ve played for them longer than anyone I’ve played for in my life. They really had a hand in my development from being just a youth baseball player to being able to go play college baseball,” Hliboki said. “I can’t thank them enough because there’s a lot of hours put in from their end. I couldn’t have asked for a better coaching staff at that age.

“I think they really helped me out in preparation for coming here and doing as well as I can.” 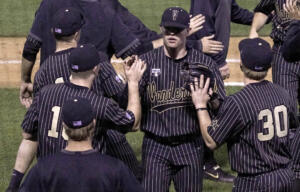 Vanderbilt had been a dream school for Hliboki for a long time. The program’s historic success coupled with the legend of head coach Tim Corbin along with the team’s unmatched social media presence made the California kid a fan for as long as he can remember.

So after becoming the 2019 and 2018 Los Angeles Daily News Pitcher of the Year and an all-state performer, Hliboki headed for Nashville. In five appearances during Vandy’s 18-game 2020 season, Hliboki allowed just two hits and struck out a whopping 16 hitters.

Opponents hit just .043 against him.

“I would say the biggest thing for me is routine,” Hliboki said on what has contributed to his early success in Music City. “Coach Corbin talks it about it all the time. Just being a younger guy and looking up to all the older guys you see how locked-in and how focused they are in their routines. That’s definitely something I’ve tried to pick up.

“It’s not just the day-you-pitch routine, but a weekly routine. Coach Brown helps out with that a lot in helping us generate plans at the beginning of the fall and the spring. It makes it super-simple for us and super-helpful for us.”

Hliboki is majoring in human and organizational development and picked a minor of business given his parents’ successes with numbers and growth. While he considers how he wants to apply those classroom lessons to a career after baseball, he’ll be sharpening a two-seam and four-seam fastball, slider, changeup and new curveball for hitters to worry about in 2021.

It will be hard for Hliboki to improve on his impressive numbers from his rookie campaign. But that’s the focus for another vital piece of the 2021 Commodores. 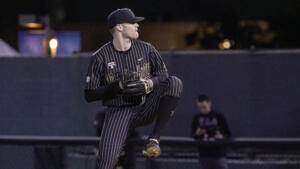 “I think we’re going to work really hard and we’re all excited with what this season has to offer.”