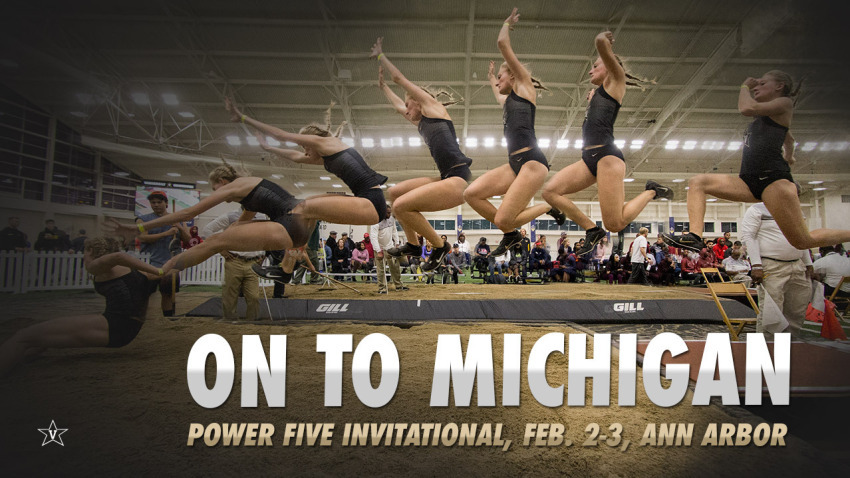 Head coach Steve Keith’s squad is among 11 teams competing in the Power Five Invitational, staged today and Saturday in the University of Michigan’s U-M Indoor Track Building. The state-of-the-art venue opened earlier this winter on the Ann Arbor campus.

In additional to competing in a new venue, the Commodores will go against athletes they seldom see on the track. Vanderbilt is the only Southeastern Conference school at the meet.

“This is a great opportunity for our team,” Keith said. “We’ll be going against a lot of teams that we do not see very often and it’s a meet that should feature quality competition.”

The Power Five Invitational features teams from across the United States. Other schools entered at Baylor from Big 12 Conference, Duke, Louisville, Miami (Fla.), N.C. State and Virginia from the Atlantic Coast Conference, Stanford from the Pac-12 Conference, and Big Ten members Indiana, Michigan and Minnesota.

Edobi will compete in the 400 meters where she ranks second all-time indoors among Commodores. Another leading Commodore middle distance runner, Becca Schulte, will compete in the 600-meter dash. The distance corps include miler Kendall Derry and 5,000-meter runner Megan Huebner. The vaulting corps includes Sarah Bell, the team’s indoor and outdoor record holder and a 2017 All-American, Caleigh Lofstead, Kristen Denk and Margaret Ollinger.

“I’m looking for seasonal bests and progress from our squad,” Keith said. “This meet also gives our team a chance to compete on a surface that is very similar to what they will see at the conference meet.”