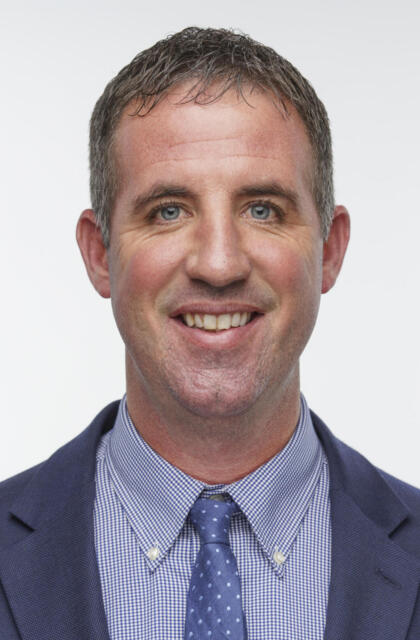 Joey Lynch, a veteran quarterback coach and prolific passer in his own playing days, has been at Vanderbilt since 2021 and currently serves as offensive coordinator and quarterbacks coach.

Lynch helped develop the Vanderbilt offense in his first season in Nashville while balancing two quarterbacks due to an injury to starter Ken Seals. With both Seals and Mike Wright getting starts during the season, the offense had its best performance in the season’s penultimate game at No. 10 Ole Miss. The contest saw the Commodores rack up 454 yards, while eclipsing 200 yards through the air and on the ground for the first time on the season. Vandy held the ball for 38:57 of the contest, its fourth-largest time of possession edge since 1996, and ran 93 plays, the most since 2010.

Prior to Vanderbilt, Lynch spent the last seven years coaching quarterbacks. He was with Colorado State for the 2020 season after completing a 11-year stint at Ball State, his alma mater.

Lynch arrived in Fort Collins after his seasons at Ball State, including the final six as offensive coordinator and the last as the assistant head coach.

During the 2019 campaign, Lynch’s offensive attack was the most potent in the Mid-American Conference as the Cardinals led the league in scoring (34.8), total offensive yards/game (463) and plays/game (75.8). Nationally, the Cardinals ranked No. 16 in total offense and No. 22 in rushing offense in 2019. It was the program’s highest mark for total offense/game in more than 10 seasons. For his efforts, Lynch was nominated for the Broyles Award, given to the nation’s top assistant.

Six Cardinals from the offense were named All-MAC in 2019, including lineman Danny Pinter and wide receiver Justin Hall on the first team. Pinter, a converted tight end, also garnered All-America honors from Pro Football Focus and was an NFL Draft pick. Hall, a three-time All-MAC pick, finished the season with 61 receptions for 684 yards. He was one of four Ball State receivers to tally at least 500 yards receiving as the Cardinals distributed the ball throughout their receiving corps. Of the 24 MAC receivers to record more than 500 yards receiving during the 2019 season, the Cardinals’ four led the 12-team conference.

Running back Caleb Huntley’s 1,275 yards and 106.3 yards/game ranked third among MAC running backs as the Cardinals’ 219.4 yards/game on the ground was their second-highest mark in the previous 40 years. In three of Lynch’s final four seasons at Ball State, a Cardinal running back finished in the league’s top three for rushing yards/game.

Lynch’s passing attack led the conference in 2018 in yards/game and attempts/game as the Cardinals were one of only three MAC schools to have two receivers, Hall and Riley Miller, rank inside the top 12 in receiving yards/game.

Some of Lynch’s most difficult work was in 2017, when the Cardinals were forced to start four quarterbacks due to injuries.

In 2016, Ball State’s offense was one of only three in the MAC to average 200 rushing and 200 passing yards/game. Running back James Gilbert tallied 1,332 yards, the fourth most in a season in program history.

While Lynch worked with the Cardinal tight ends in 2011-13, Ball State advanced to a pair of bowl games, the 2012 Beef O’Brady’s Bowl and 2013 GoDaddy Bowl. Lynch coached Zane Fakes to All-MAC first team honors as a tight end in 2012 and 2013. Lynch also tutored Fakes to Capital One Academic All-America honors in 2013.

Lynch was promoted to offensive coordinator/quarterbacks coach in December of 2013, prior to Ball State’s appearance in the GoDaddy Bowl.

Lynch spent the 2008 season as the Ashland University offensive coordinator, helping the program to averages of 324 yards passing, 146 yards rushing and 38 points per game. His work with quarterback Billy Cundiff resulted in All-America first team honors as the Eagles won their first postseason game in program history with a 27-16 victory on Nov. 15, 2008, against Minnesota State-Mankato. Cundiff was also tabbed the conference player of the year and a nominee for the Harlon Hill Trophy, given to the Division II football player of the year.

St. Joseph’s marked Lynch’s first coaching stop as he worked with quarterbacks and as the offensive coordinator in 2007.

A 2002 graduate of Delta High School, Lynch headed to Ball State, where he was a four-year letter man. He graduated as one of the most prolific passers in Cardinal history, completing 391 of 613 passes for 4,292 yards with 37 touchdowns and a .638 career passing percentage.

When his career ended, Lynch was ranked second in Ball State history for career completion percentage and tied for first with six games of 250 or more yards passing. He earned his bachelor’s degree in 2007.

Lynch and his wife, Danielle, have five sons, J.J., Danny, Harrison, Lux and Roland, and a daughter, Hattie. 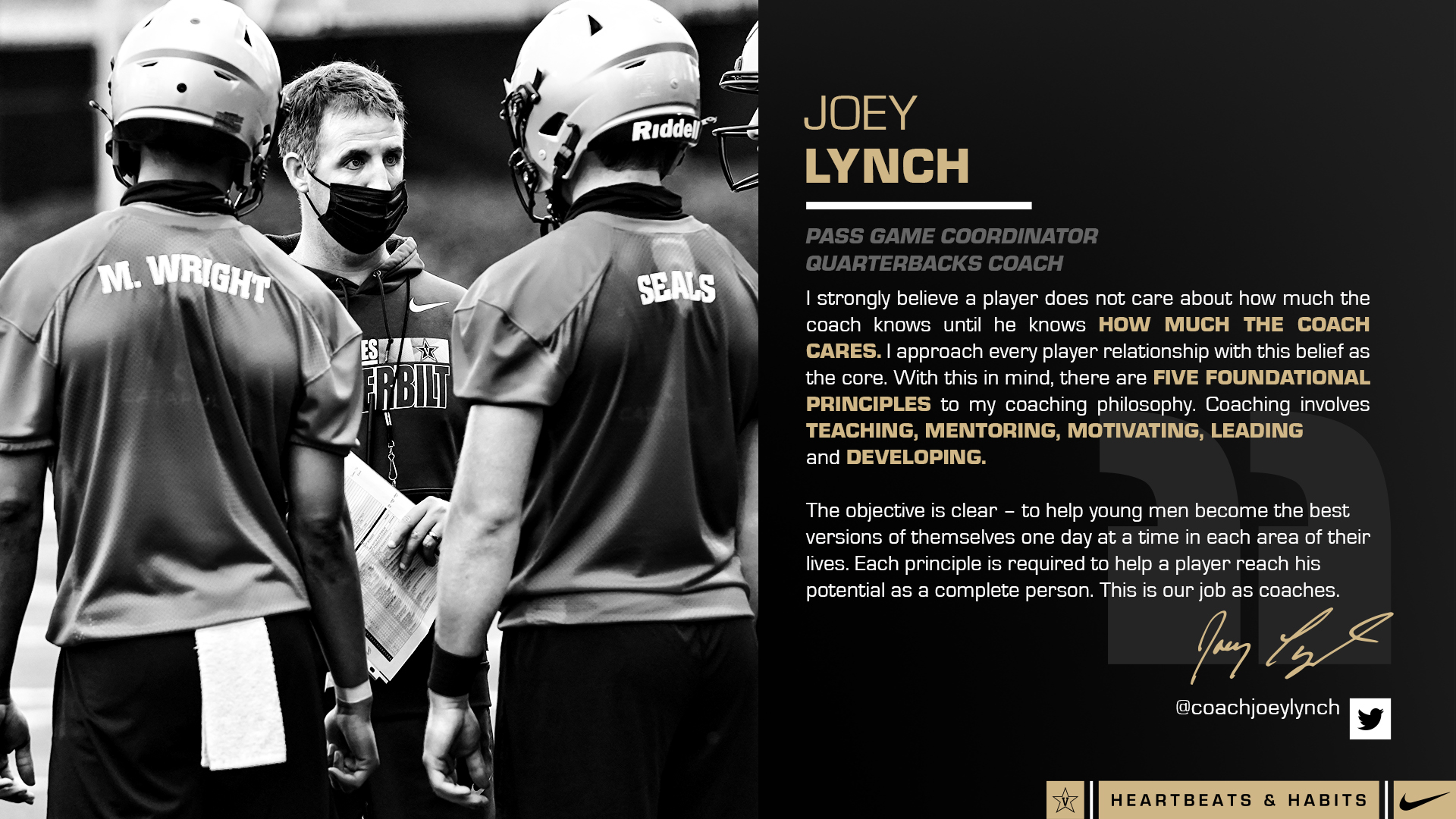