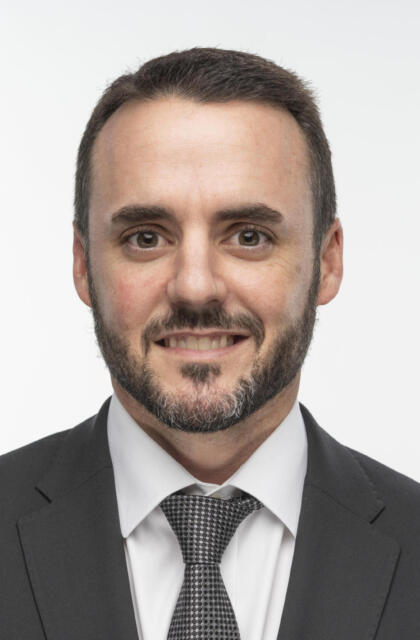 Jesse Minter joined Vanderbilt in January, 2021, as its defensive coordinator and safeties coach. He returned to collegiate football following four seasons with the NFL’s Baltimore Ravens. With the Ravens, Minter was a defensive assistant for three years and worked with the team’s defensive backs in 2020.

During his tenure with the Ravens, the team captured a pair of AFC North Division titles, in 2018 and 2019, and advanced to the playoffs in each of his final three seasons. The 2020 squad claimed a 20-13 wild card win against the Tennessee Titans, marking the organization’s first postseason victory since 2014.

When Minter joined the Ravens in 2017 he worked as a defensive assistant who was responsible for organizing details of quality control and self-scouting, in addition to conducting opponent analysis for both sides of the ball. Minter worked closely with secondary coach Chris Hewitt, assisting on-field with the defensive backs. That season, Baltimore led the NFL in interceptions (22) and turnover differential with a +17 mark.

Before arriving in Baltimore, Minter spent four seasons at Georgia State as the defensive coordinator.

The 2016 season was his last in Atlanta as he guided a Panthers’ defense that ranked seventh nationally in pass efficiency, 19th in average yards/play and 22nd in red zone defense. Minter was named the Sun Belt Conference’s top recruiter by Scout.com.

For the season, Georgia State had the biggest scoring defense turnaround at the FBS level, allowing 15 fewer points/game than in 2014. The defense also improved by 122.3 fewer total yards/game allowed. The Panthers finished in the top four in the Sun Belt in scoring defense (28.3 points/game), total defense (405.6 yards/game), rushing defense (181.4 yards/game) and pass efficiency defense (120.3). Minter was nominated for the 2015 Broyles Award, given to the best assistant coach in college football, at the conclusion of the campaign.

The 2015 season capped a turnaround from Minter’s first two years at Georgia State, when the Panthers went a combined 1-23.

Minter arrived at Georgia State in 2013 with head coach Trent Miles, who was the head coach at Indiana State during Minter’s tenure. The two were together with the Sycamores from 2009-12.

In 2012 in his final season at Indiana State, Minter constructed a defensive unit that ranked third in the FCS in scoring defense, allowing just 14.3 points/game, and sixth nationally in total defense with 296.4 yards/game. The Sycamores also ranked fifth in FCS in pass efficiency defense, 14th in passing yards allowed and 28th in rushing yards allowed.

One of the highlights of the 2012 season was Indiana State’s 17-14 road victory at No. 1-ranked and defending FCS champion North Dakota State. In that game, cornerback Johnny Towalid scored 12 points for Indiana State with a pair of interception returns for touchdowns.

Minter originally joined Miles’ defensive staff at Indiana State in 2009 and was elevated to the coordinator position for the 2011 season. He was a key component in the Sycamores’ remarkable turnaround under Miles that saw Indiana State post a winning season in 2010 for the first time since 1996. The program added winning campaigns in 2011 and 2012 to give the Sycamores three consecutive winning seasons for the first time since the 1960s.

Minter went to Indiana State following two years as a graduate assistant at Cincinnati, where he served on Brian Kelly’s staff, working with the defense and assisting in coaching the linebackers.

The Bearcats won the Big East Conference title in 2008 and earned a BCS berth in the Orange Bowl. The Cincinnati defense led the nation in takeaways in 2007.

Minter spent the 2006 season as a football intern at Notre Dame, when the Irish posted a 10-3 record.

Minter earned a bachelor’s degree in liberal studies in 2005 from the College of Mount Saint Joseph, where he played wide receiver and helped the Lions to a 30-10 mark during his four years, with Heartland Collegiate Athletic Conference titles and Division III playoff appearances in 2004 and 2005.

He and his wife, Rachelle, have a daughter, Camilla, and a son, Montgomery. Minter’s father, Rick, is the former head coach at the University of Cincinnati. Rick and Jesse worked together at Georgia State with Rick mentoring the defensive line. 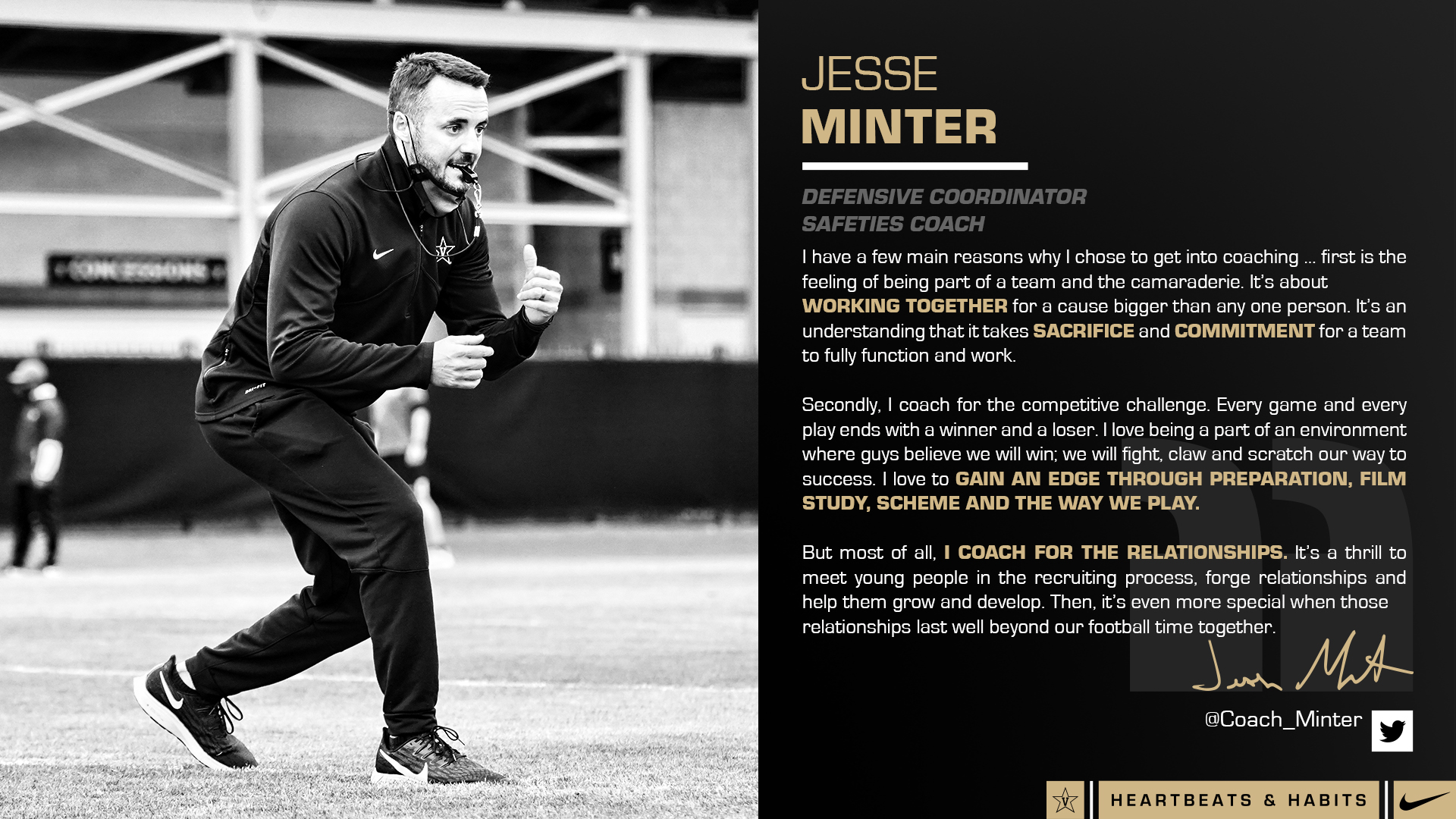