NASHVILLE, Tenn. — Before Vanderbilt defensive coordinator Jesse Minter can figure out what his depth chart may look like or who is the best fit at a certain position for the 2021 season, he’s intent on creating and solidifying an identity for those who don the blacks shirts during the program’s spring practice.

“It’s that put-the-ball-down-and-play mentality, no matter what the stakes are. Let’s go play,” he said Thursday. “We’ll go play in the parking lot. That’s the attitude we need to create.”

The former defensive assistant with the Baltimore Ravens knows there will be plenty of time to polish the schematics and settle on a rotation of Vandy’s top defenders before kickoff Sept. 4. But during the infancy of Clark Lea’s tenure, Minter is taking his cue from the head coach on what to be most concerned with during these first few weeks and months as a Commodore.

Minter is focused on not only embracing Lea’s philosophy, but living that philosophy while striving to fulfill Lea’s mission on a daily basis. Minter has seen Commodores make strides in those areas already despite the newness of it all. 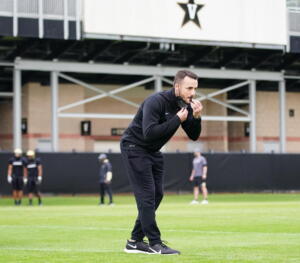 “Any time there is change – not that there is hesitation, but it’s just, ‘OK, what’s next?’ ” Minter said. “When you added a variable, like the first day of practice when we had just been doing conditioning, or the first day of pads when we had been in just helmets, the second go-through has been a lot better. We see the small wins that we talk about.

“We’re just looking to continue to build one percent each day.”

A College of Mount Joseph graduate, Minter worked his way from Notre Dame to Cincinnati to Georgia State where, at the latter, he became a successful and respected defensive coordinator at the FBS level. In 2017 he jumped at the opportunity to work in the NFL with the Baltimore Ravens.

Minter wasn’t aiming for a return to college football or necessarily looking to leave one of the NFL’s top defensive teams. But he knew he could help build something special by joining Lea’s staff – and he also knew the challenges in Nashville would be much different than the ones he encountered at the professional level.

“I think being on the ground floor of something has been unique and fun at the same time to really help build it up. You’re dealing with a much deeper level of development with these guys,” Minter said. “It’s about us being able to take our drill work, apply it to the field, take what we learned in the meeting room and apply it to the field. That’s an ongoing process.

“The guys are working really hard and I definitely appreciate their efforts up to this point.”

Vanderbilt’s defense has plenty of familiar names on the roster giving Minter some pieces to work with. Allan George, Jaylen Mahoney, Dashaun Jerkins and Maxwell Worship in the defensive backfield; Ethan Barr, Anfernee Orji, Alston Orji and Brayden DeVault-Smith at linebacker; and Raashaan Wilkins Jr., Daveion Davis, Rutger Reitmaier and Malik Langham up front are all veterans with SEC experience. 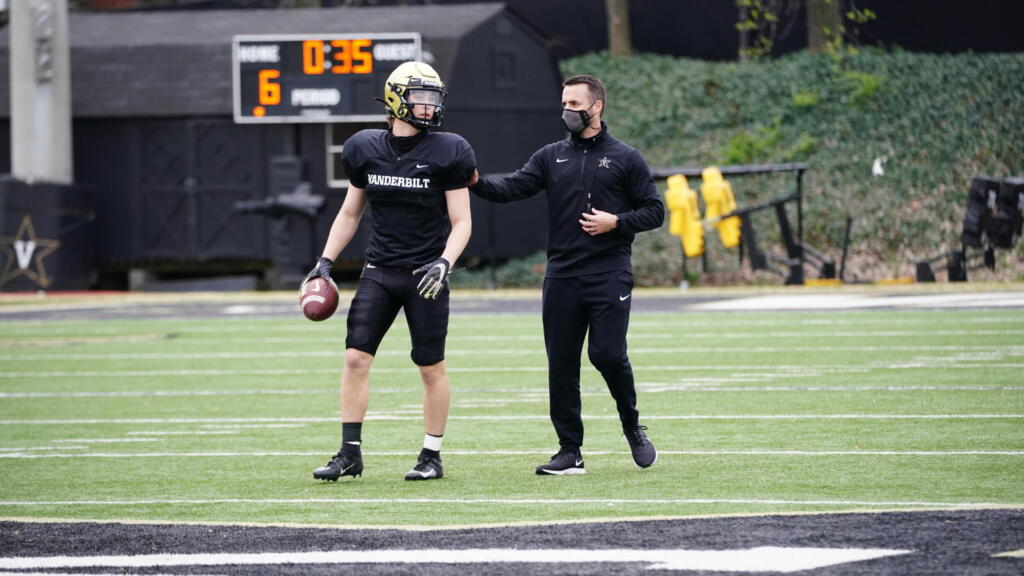 Those Commodores and their teammates are now going through a new experience. Minter’s hope is that by the end of April those student-athletes have a better understanding of what the expectation and standard is for Vanderbilt’s defense.

Anchor Down Attitude by Vanderbilt Athletics on Exposure