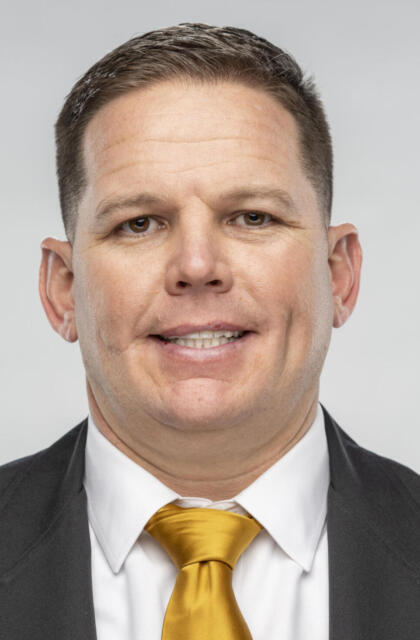 Former All-Big Ten center AJ Blazek joined Vanderbilt in February, 2021, as its offensive line coach. He brings with him two decades of collegiate experience and one national title, at North Dakota State during the 2019 campaign.

In his first season at Vandy, Blazek’s unit outperformed half of the SEC by being one of seven teams in the league to allow less than 30 sacks on the year. This came while helping Vanderbilt be the third-least penalized team in the SEC. As the unit grew, the Vanderbilt ground game improved. Half of Vandy’s rushing touchdowns game in the season’s final four games and the team ran for over 200 yards in two of those contests.

Blazek was with the North Dakota State program for 2020, when it played just one game due to COVID-19. In 2019, Blazek’s first year at North Dakota State, his offensive line unit helped the Bison set a school-record with 4,601 rushing yards. The Bison posted a 16-0 record in 2019, won their ninth consecutive Missouri Valley Football Conference championship and captured their eighth NCAA FCS national title in nine years.

With three new starters on the offensive line and another moving from tackle to guard, the Bison were still dominant up front in 2019. North Dakota State ranked fourth in the FCS in rushing offense (287.6 yards/game) and fifth in fewest sacks allowed (0.81 sacks/game), while leading the FCS in fewest tackles for loss allowed (3.56 tackles for loss/game).

Blazek arrived at North Dakota State after three seasons in the Big Ten as the offensive line coach at Rutgers, where he was the assistant head coach his final two seasons.

Blazek worked as the offensive line coach and the run game coordinator for Western Illinois from 2013-15. In each season the Leathernecks had a 1,000-yard rusher and an All-Missouri Valley Football Conference offensive line selection.

The 2014 season had Western Illinois earn an at-large bid in the FCS playoffs and advance to the second round. The team averaged nearly 400 yards of total offense/game and finished the season ranked No. 8 in the nation in fewest tackles for loss allowed. Running back Nikko Watson finished 11th in the nation with 108.7 rushing yards/game, while center Jacob Judd also collected all-conference recognition.

In his first year, 2013, Blazek helped the offensive line improve nearly 30 spots nationally in sacks allowed from the 2012 season, and more than 60 spots from 2011. Despite using six different starting lineups along the front five (mainly due to injuries), the offense registered eight 100-yard rushing efforts during the 2013 season and scored nearly as many points as in the previous two seasons combined.

Prior to arriving at Western Illinois, Blazek had a four-year stint at Winona State (2009-12) in Minnesota. He worked with the offensive line and tight ends and was the co-offensive coordinator in his final three seasons with the Warriors. Blazek was named the 2012 Assistant Coach of the Year by the American Football Coaches Association.

During his four years, Blazek coached 14 of his position players to All-Northern Sun Intercollegiate Conference honors. Twice during Blazek’s years as co-offensive coordinator, Rayon Simmons Jr. led the conference in rushing. In 2012, the Warriors broke the program and NSIC record for total offense. The Warriors also won the 2012 Mineral Water Bowl, finishing 10-2.

Before joining Winona State, Blazek was the offensive coordinator and offensive line coach at Fort Hays State (2005-08) in Kansas. He coached five offensive linemen to all-conference honors and one ESPN Academic All-American, Jordan Stricker in 2008.

Blazek began his coaching career at his alma mater, the University of Iowa. He coached for four seasons (2001-04), the first year as a student assistant before becoming a graduate assistant coach. The Hawkeyes captured two Big Ten Conference titles during his time, and won bowl games versus Florida and LSU.

Before he began his collegiate coaching career, Blazek played two seasons for the Chicago Rush of the Arena Football League. He was the recipient of the 2001 Walter Payton Award for community service.

He and his wife, Kyla, have four children: Cooper, Macey, Reece and Quincy. 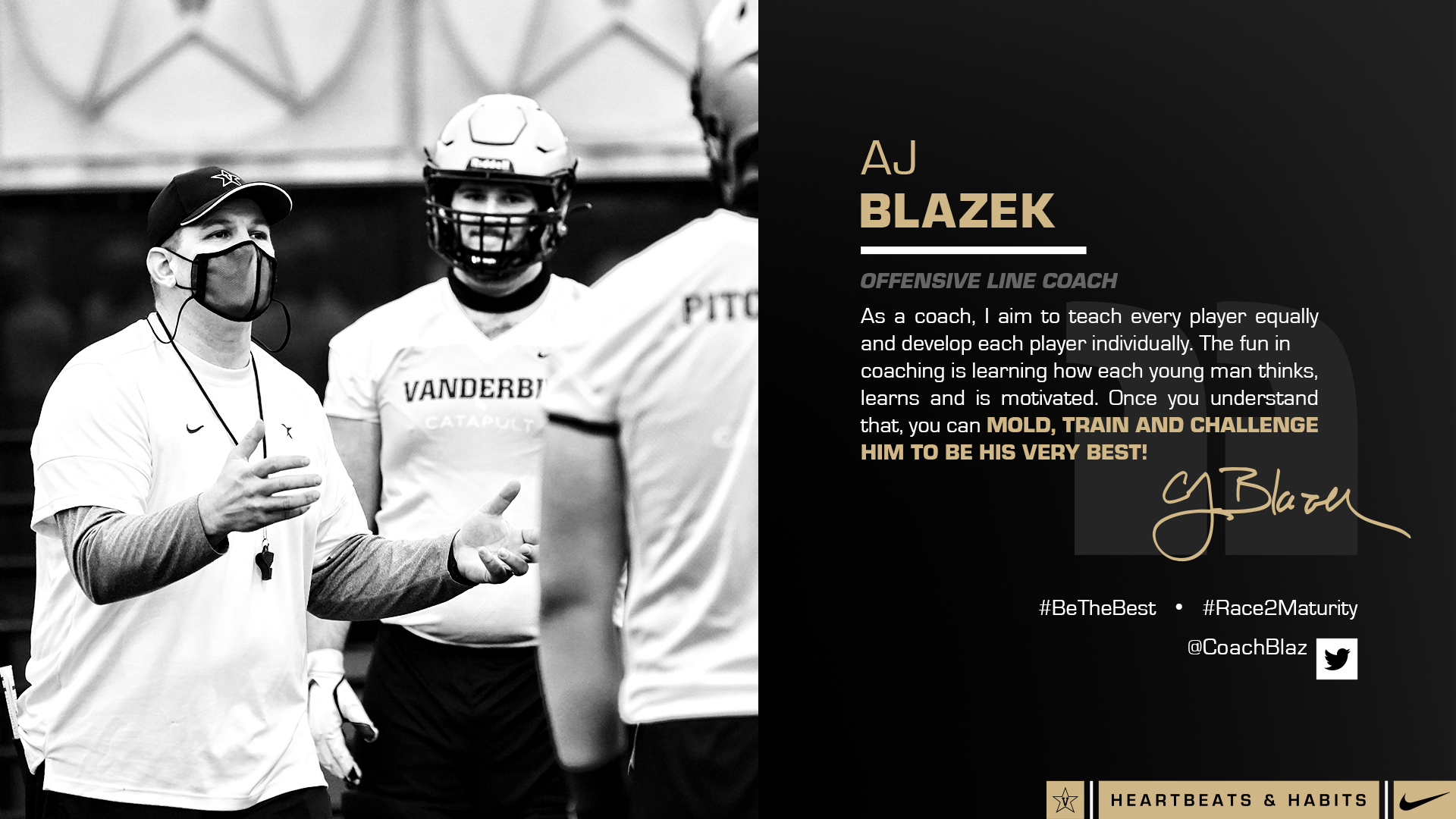