Just try it for one more season, she insisted.

“At first I was obviously not fond of having to do something that I didn’t really sign up for,” Nate Clifton said. “But I made friends on the team and it really was an enjoyable experience. My mom is always right. As much as I regretted it at first and hated it, I learned to love it. I really thank my mom for doing what she did because it obviously had its benefits.”

A 6-foot-5, 280-pound defensive tackle, Clifton has become one of Vanderbilt’s more reliable and productive players on the defensive side of the ball. The junior has started every game this season and ranks third on the team with 32 tackles.

The trajectory of Clifton’s career is trending quickly upward, a somewhat remarkable development for a former offensive lineman who once thought basketball was his future athletic path.

“My first time really getting on the field was 2020. I didn’t play much. Those possibilities weren’t really there for me,” Clifton said. “I didn’t really get that much playing time up until this year. I didn’t really think I’d be having the type of year I’m having now. But I still obviously have a lot of things to improve. Just want to keep evolving.”

Clifton was born in Chicago and resided there until the age of 5. It was then that his mother decided that relocating to Tennessee to live closer to family was in her son’s best interests.

With grandparents, aunts, cousins and the extended community all molding who he would become, he became a walking embodiment of the it-takes-a-village adage. Clifton was also fortunate to build a friendship with the Segree family. 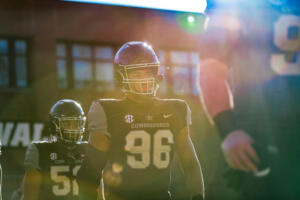 “At a young age, he soaked up a lot,” Lawrence Segree said. “I think I came into his life and kind of helped him fill a little (fatherly) void there, and I think he really appreciated that.”

Segree’s sons, Baylor Segree and Lawrence Segree II, became childhood pals with Clifton. They all played youth sports together while the elder Segree coached them–not just on the field but off the field in how to perform academically, watch game film, practice and serve the community.

Segree recalls Clifton being one of the best athletes he had seen. Yet the mentor stressed the importance of line play early on to instill the mindset that there were other ways to help a team succeed.

“With his size, it was easy to just say, ‘Hey, let’s let him run the ball.’” Segree said. “But I had to sit down and explain my philosophy to him and his mom and let him know there is more important positions and to embrace other positions than just running the ball.

“At an early age, he accepted the fact that, ‘Hey, I don’t have to score touchdowns to help.’ He played center and did different things to help the team where we needed him.”

Despite early success and excelling on the gridiron, Clifton soon arrived at a crossroads in his athletic career. The school he attended, Thurman Francis Arts Academy, didn’t field a football team, and Clifton really, really loved basketball.

So in seventh and eighth grade Clifton traded cleats for sneakers for good. Or so he thought.

BACK TO THE GRIDIRON

If Clifton hadn’t really stood out on the field for the Vanderbilt program before this year, his mother certainly had. 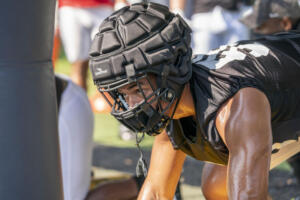 Her relentless energy and enthusiasm from the stands behind the Commodores’ bench is undeniable.

“I just want my son to know that I’m in the building,” Natasha Clifton said this week, still hoarse from the previous Saturday’s game between the Dores and Mississippi State. “If he can hear me just one time so he knows I’m supporting him. That’s what is important to me, that he knows at least one person is in the stands that has his back. I’m with him all the way.”

She raised her sons Nate and Nehemiah in La Vergne. Ever since each picked up a ball, she’s been on the sidelines cheering them on to the best of her ability.

Nate recalled her holding a microphone leading the other parents in chants at youth football games. When he was a senior in high school, his mom led a school-wide pep rally. 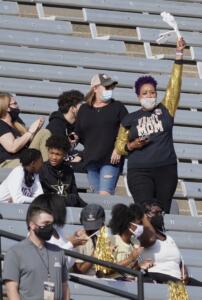 “As a little kid I thought it was very, very embarrassing,” Nate said. “But I’ve grown to just know that my mom is showing her love for me.”

When it came time for Nate to begin high school, the Segree family had already decided to enroll their children at Brentwood Academy to provide an opportunity to play football. Lawrence Segree II would go on to play for Tennessee State, while Baylor Segree is on the Tennessee State track and field team.

Natasha decided Brentwood Academy would be a good fit for her eldest son as well. And she implored him to give football another try.

“I just said, ‘Let’s just give it a go for one year,’ ” Natasha said. “He chose it and made it happen for himself. So I’m very proud of the journey that he continued to walk on.

“God opened the door, and he walked through the door for himself–and I’m just pushing him through. I’m behind him and whatever it takes, we’re going to get through it together. I’m just here to help guide him or encourage him to whatever path that he wants to go down. I’m his biggest cheerleader.”

As a high school freshman, Clifton was 5-foot-9. Slowly but surely, he began to grow into his current 6-foot-5 frame.

Still, because Brentwood Academy had plenty of quality defensive lineman, Clifton began his prep career as an offensive tackle. And he was good.

Pretty soon he was being scouted and recruited by a number of college programs. Even Vanderbilt originally recruited Clifton as an offensive line prospect.

It wasn’t until Clifton began to tell college coaches that his passion was to play on the defensive side of the ball that he was recruited for that position. Vanderbilt agreed to give him the opportunity that he so desired. 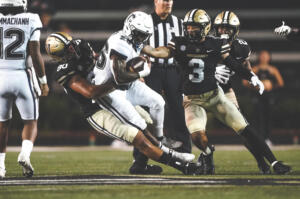 “I’m very, very proud of Nate,” Segree said. “His future–I’m just amazed. He’s a freakish athlete–speed, agility and everything. And I’m just super proud of everything he has done and what his mom has done for him.”

After redshirting in 2019 and making just six tackles in seven games in 2020, Clifton heads into this week’s matchup with Missouri having recorded at least two tackles in every contest. He set a career high with six stops in the opener against East Tennessee State and then topped that with seven against Connecticut on Oct. 2.

His success comes from experience and skill, for sure, but also from the work that goes on behind the scenes.

A medicine, health and society major, Clifton has aspirations of competing at the professional level when his time as a Commodore comes to a close. He’ll earn that opportunity despite being not far removed from his time as an offensive lineman, begrudgingly lining up in the trenches because his mom told him to.

But for now, in the present, Clifton simply yearns for the same immediate goals as his teammates.

“I love my teammates, I love the family that we’ve created here. I love coach (Clark) Lea, I love coach Noke (Inoke Breckterfield), I love coach (Jesse) Minter, and I wouldn’t want it any other way.” 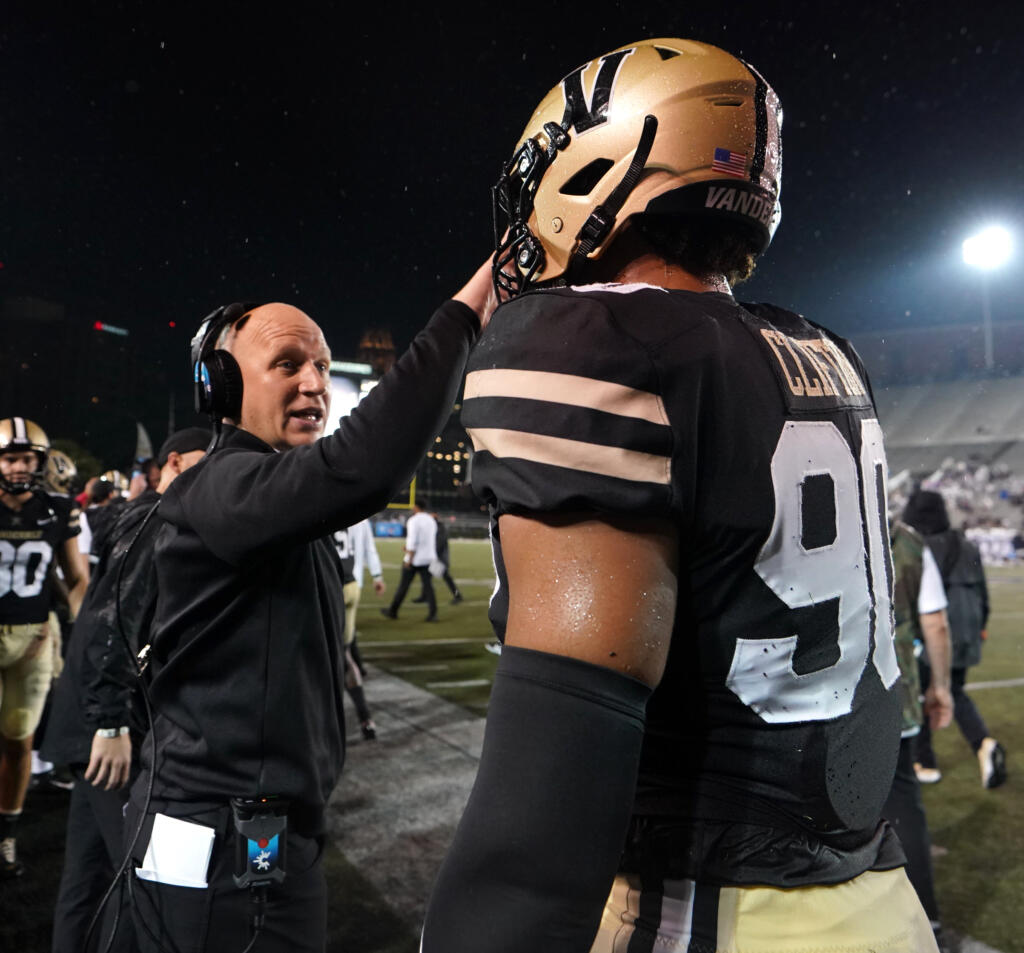