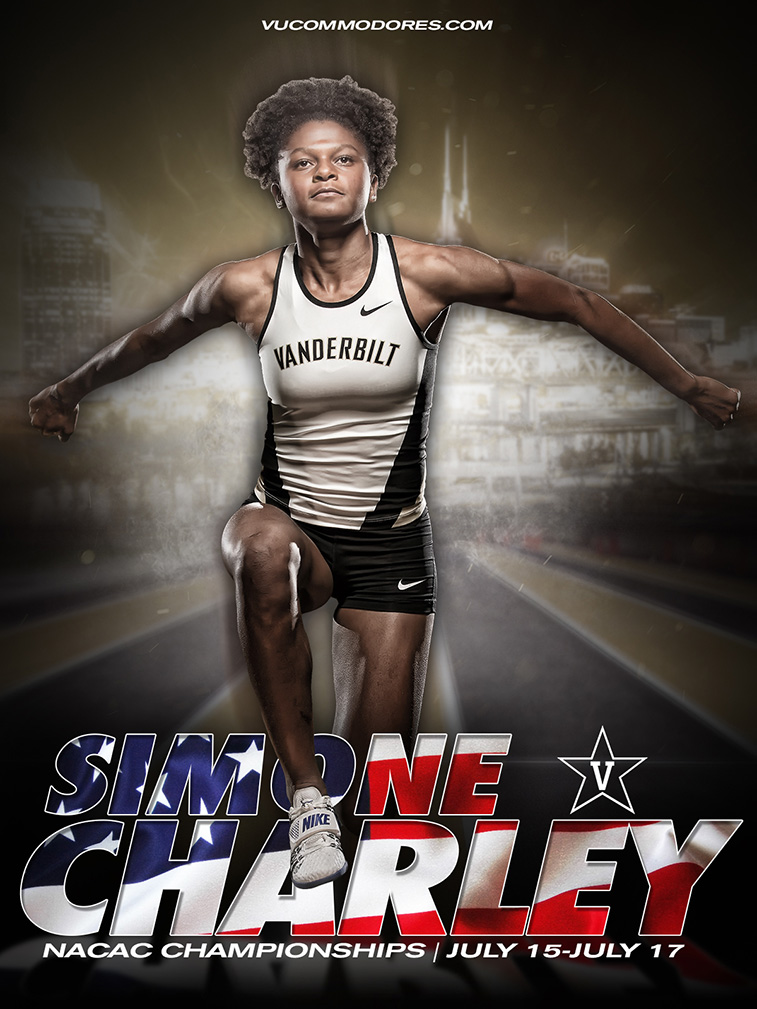 “Today’s meet was the end of phenomenal season for Simone, and we are so proud of all she has done this year,” Vanderbilt associate head coach Clark Humphreys said on Saturday night.

Charley was one of two Americans to compete in the triple jump — and both were representing the SEC. Darrielle McQueen, from the University of Florida, finished behind Charley in third place with a leap of 42-07.00.

Saturday’s meet in El Salvador completed an intense two-month stretch for Charley, who participated in the SEC Championships, the NCAA Regionals, the NCAA Championships and the Olympic Trials in the past eight weeks.

Charley finished second at the SEC championships — where she set a lifetime best of 45-0.05 — and also took second at the NCAA Championships, finishing behind Georgia’s record-shattering star Keturah Orji at both meets.

Charley then competed in the U.S. Olympic Trials earlier this month, where she suffered a heart-breaking outcome by narrowly missing a spot in the finals. (Recap HERE).

“Simone’s season has been full of emotional ups and downs, but it certainly ended on a high with international competition in El Salvador today,” said Humphreys. “Again, we are really proud of her and we are so excited about her future at Vanderbilt.”

Charley, who also stars on the Vanderbilt soccer team, is a five-time First Team All-American.