In addition, Dr. Rosevelt Noble, director of the Black Cultural Center, recorded interviews with several pioneers for his ‘Lost in the Ivy’ series of interviews with Black Vanderbilt students over the generations.

Among the pioneers in attendance were Taylor Stokes, Vanderbilt’s first Black scholarship football player; Walter Overton, the first Black quarterback recruited to an SEC school and a recent inductee into the Vanderbilt Athletics Hall of Fame; former NFL stars Dennis Harrison, Brenard Wilson and Wamon Buggs and more than 20 other former players.

Vanderbilt alums and former football student-athletes Rod Gurley and James Threalkill were instrumental in organizing the event and both spoke at the banquet. Threalkill, a renowned artist, painted a tribute to the pioneers that was displayed at the events and will hang in McGugin Center. 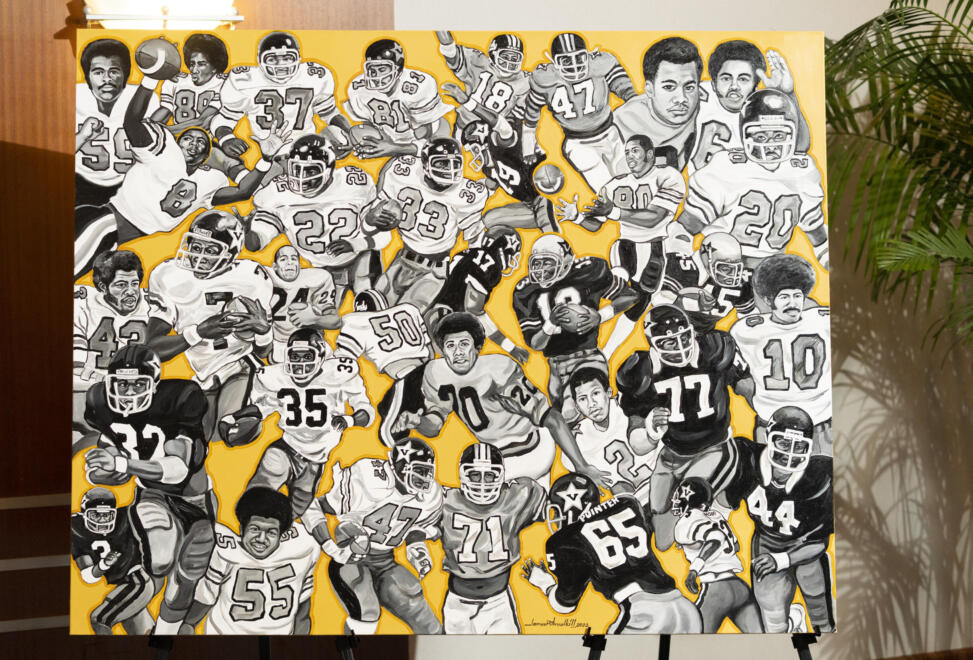