Bennett Back on West End

NASHVILLE, Tenn. — Earl Bennett has had opportunities to return to Vanderbilt before. The timing was just never right — until now.

One of Vanderbilt’s all-time great wide receivers is back on West End because of an opportunity from head coach Clark Lea that Bennett couldn’t pass up.

“When coach Lea and I talked, it was not about the interim. It was not about one or two years,” Bennett said. “It’s about the 20-30 years when we sit back and look and say, ‘Man, we were a part of something very special.’ Something that started at ground zero and something now that is thriving and is competing in the College Football Playoff year in and year out. That’s what we’re here to build. That’s why I wanted to come back to Vanderbilt.

Bennett’s position of director of player development is, in essence, a role in which he’ll help Commodores through the entire student-athlete experience—an experience he lived starting in 2005 as a wide-eyed, quiet Vandy freshman. He would go on to total more than 2,800 receiving yards and catch 20 touchdown passes, play six seasons in the NFL with the Chicago Bears, become an SEC Legend in 2015 and a Vanderbilt Athletics Hall of Famer in 2017. 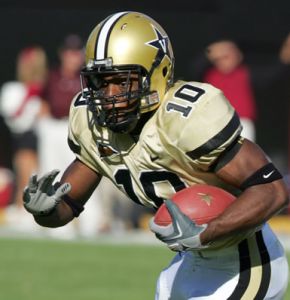 Because of those experiences (and successes), Bennett will have a different way of relating to current—and future—Commodores.

“The biggest part to that is just allowing myself to be humanized,” Bennett said. “Letting guys see my faults, letting guys understand where my shortcomings were, some things I should have taken advantage of when I was here at Vanderbilt which could have placed me in a different mindset, which could have put me in a different place to be able to overcome some of the instances that I had.

“Me having that lived experience, coming back and helping develop guys into the best individuals they could be, will provide them with the resources and be instrumental in them reaching their highest potential; that’s what I’m here for.”

Bennett’s role with Vanderbilt football will be founded in transitioning student-athletes from high school to college with complete integration into campus. The Commodores will be heavily involved in community initiatives and outreach such as Dancing Dores, Ronald McDonald House, Habitat for Humanity, Turner’s Heroes and more.

Seeking out and finding the best internships will be pivotal to help student-athletes find employment after college. For those considered good enough to play at the next level, Bennett will work extensively with the NFL and NFL Players Association to assist the Commodores in understanding the NFL Draft process and intricacies of playing professional football.

Bennett has also helped in the creation of a care team, which can provide an assessment and game plan for overcoming obstacles. Connecting the Commodores with Vanderbilt alumni will be a key facet of Bennett’s role as well.

“I think that is a crucial piece,” Bennett said. “In the past there has been little integration for former football players. To allow them to come back and be a part of what we’re building now is very special to us.” 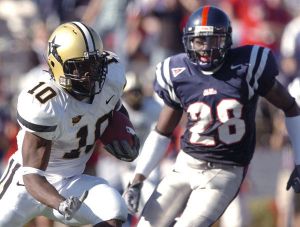 With bachelor’s and master’s degrees in education from Vanderbilt, Bennett is currently working toward a doctoral degree in educational leadership from the University of Houston. It is not lost on the former West End High School (Birmingham, Alabama) star just how far he has come over the last 15 years—he jokes that he gets teased around campus these days by those who remember the kid who wouldn’t talk who is now a social butterfly.

In the coming weeks and months and years, Bennett will work to help build the best possible Vanderbilt football program. He and Lea and the Vandy staff will be unique in their efforts not to emulate any other program in the country, according to Bennett.

He will also continue to convey to those he meets just how formative Vanderbilt was for him and how it can be for them as well.

“One thing is the diversity and inclusion aspect. I feel like Vanderbilt as an institution is very diverse, but also does a very good job from an inclusion standpoint of making you feel welcome, allowing you to have a voice on campus, allowing you to be integrated into campus as much as you want to be,” Bennett said. “Vanderbilt definitely prepared me in ways of being able to communicate, being able to understand the resources around me, but also being able to utilize those resources to get to my highest potential.”