“Kristen showed her mettle tonight,” said head coach Steven Keith. “She’s a tough competitor. She went to a lot of third attempts, but came through on a couple of clutch third attempts. She scored for the team, we’re really proud of her.” 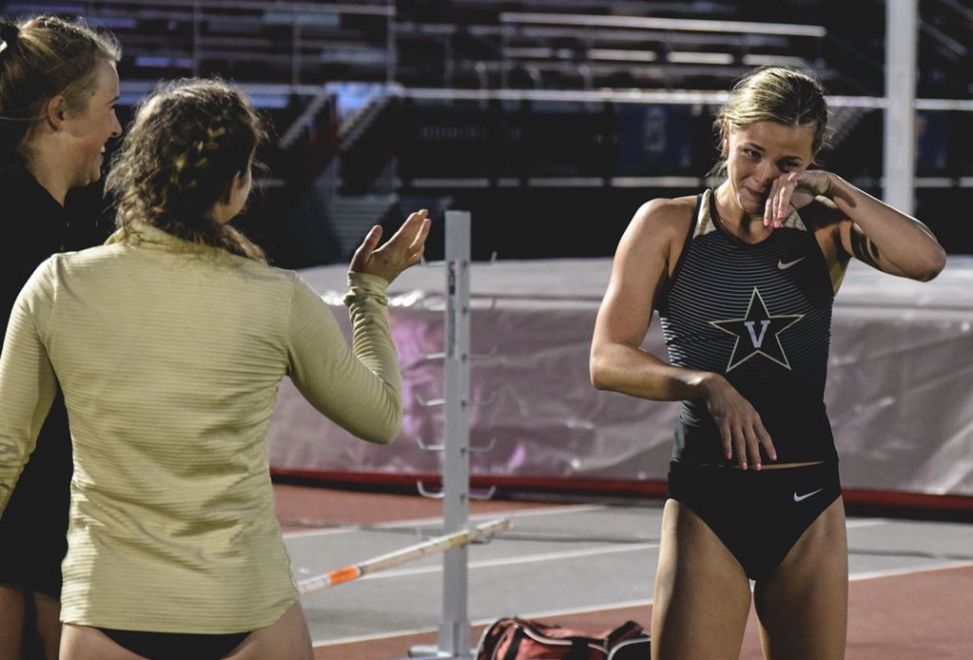 Denk cleared the first bar (13-3.5, 4.05 meters) on her first attempt, but kept things suspenseful for the next two bars, clearing each on her third attempt.

The event caps a decorated season for Denk, becoming the first Commodore to win a SEC pole vault crown and setting the school record.