NASHVILLE, Tenn. – Vanderbilt women’s tennis head coach Aleke Tsoubanos announced Monday the signing of Amy Stevens to a National Letter of Intent. A native of Geelong, Victoria, Australia, Stevens will join the program ahead of the 2021-22 campaign to continue her athletic and academic career.

“We can’t wait for Amy to be here on campus next fall,” Tsoubanos said. “She joins us as one of Australia’s top juniors with a lot of international match experience. Amy will be an incredible addition to our program and will bring a great work ethic and energy to our team. I’m really excited for her to begin her college career and to have the opportunity to help her grow and develop as a Commodore.” 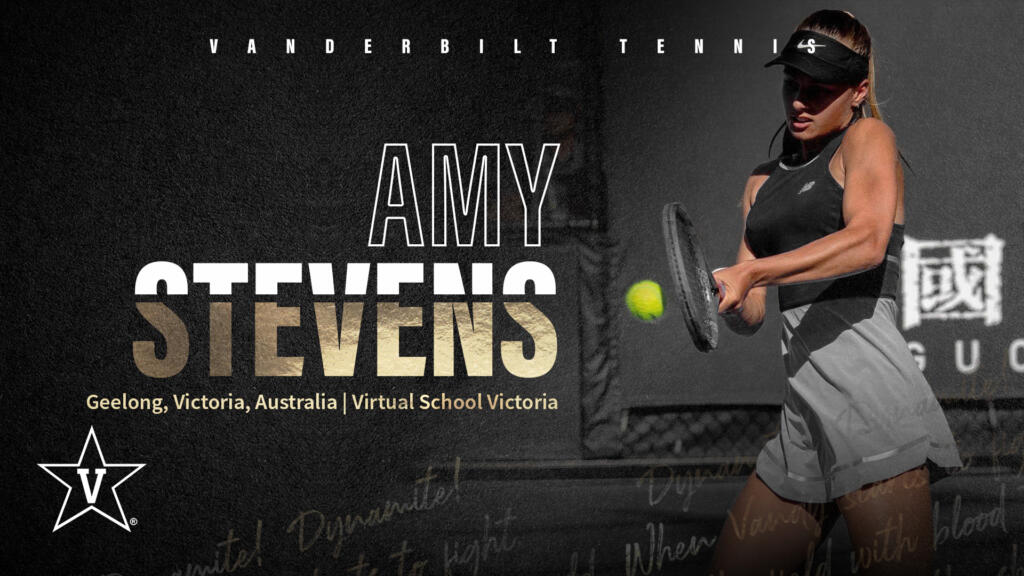