When Vanderbilt women's golf coach Greg Allen steps outside his team's golf house at the Vanderbilt Legends Club, he can usually hear the familiar symphony of his Commodores on the driving range.

Without looking, Allen can always tell whether freshman Auston Kim is teeing off.

If you close your eyes, you would think it's one of Scott's (Limbaugh, Vanderbilt men's golf head coach) guys hitting the ball. It really does sound like that. Her swing is so pure."

Kim, a freshman from St. Augustine, Florida, boasts one of the most powerful swings on the Commodores’ roster. That swing has helped Kim author a red-hot start to her first season at Vanderbilt. She has claimed runner-up finishes in both of Vanderbilt’s first two tournaments this spring; Kim carded a 54-hole, 10-under-par 206 at the UCF Challenge and a 54-hole, even-par 219 at the Reynolds Lake Oconee Invitational. She earned back-to-back SEC Freshman of the Week honors as the Commodores took home both tournament titles.

This week, No. 7 Vanderbilt carries that momentum to the Darius Rucker Intercollegiate beginning this Friday at Long Cove Club in Hilton Head, South Carolina. Kim said she and the Dores are far from satisfied with their early season success.

I think it's just me wanting to become as consistent as possible and making sure I'm not out there trying to force a low score. I'm out there to play golf and keep falling in love with what I'm doing. 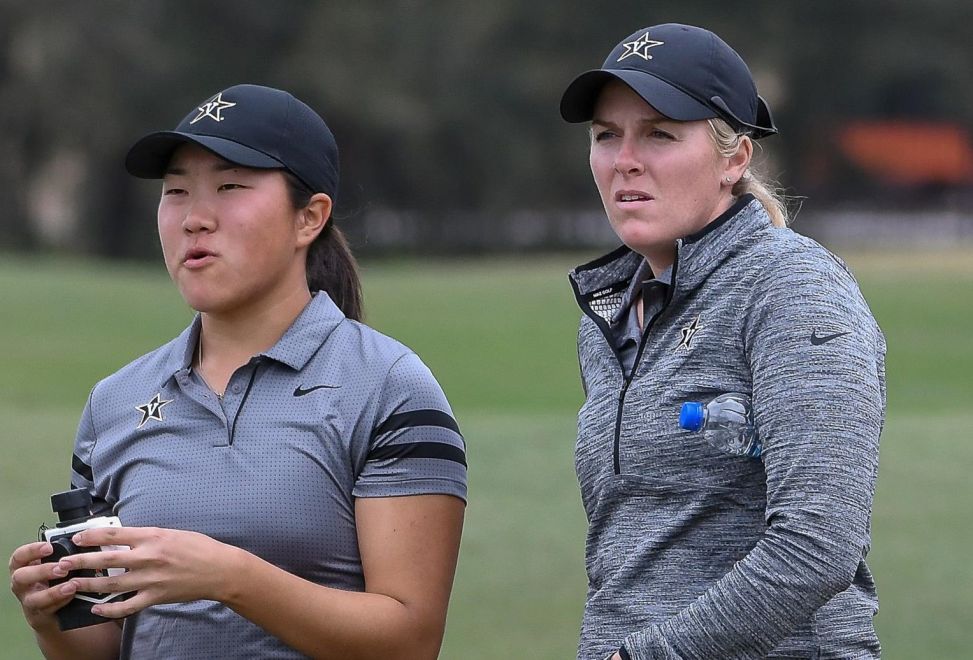 Kim’s love for golf was a family affair. Her father, Christopher, introduced Auston and her older sister, August, to the game early in their childhoods. August Kim is five years older than Auston, so the younger sister naturally tagged along as a complement to big sis’s new hobby.

August Kim went on to star at Purdue, winning the Big Ten Conference individual title in 2016 and later forging a pro career on the Symetra Tour. When a college decision came calling, Auston Kim initially committed to the Boilermakers. But a late visit to Vanderbilt sparked a relationship with Allen and assistant coach Emilie Meason. Kim flipped her commitment to the Commodores soon after.

I was just a little kid practicing by my sister, who was pretty serious. But once I hit seven or eight years old, I started to get more serious.

Auston Kim, on her beginnings in the sport. 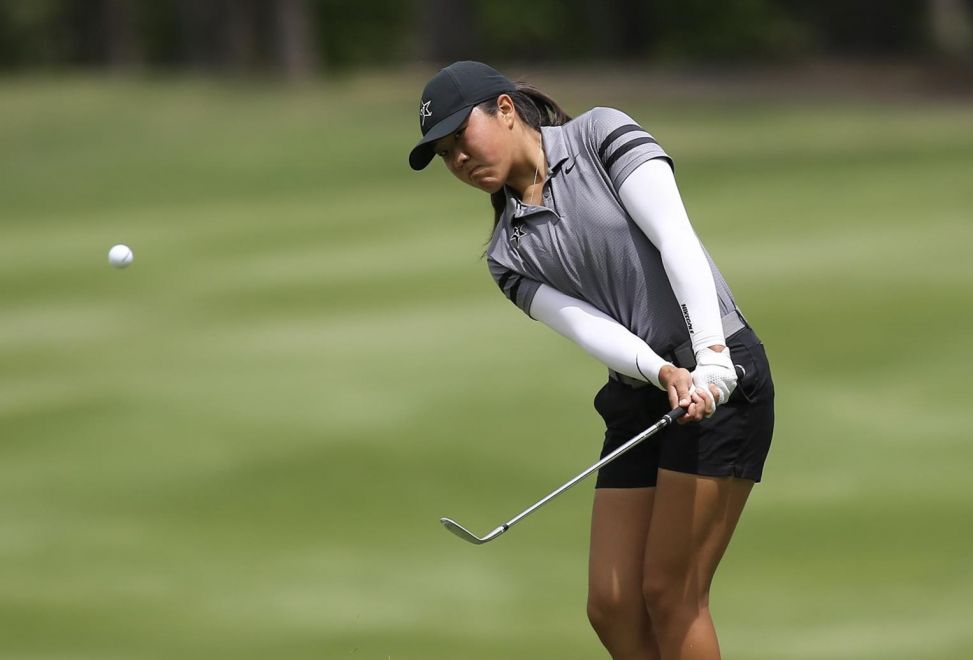 When she officially arrived at Vanderbilt, Kim’s ball-striking initially took Allen by surprise. Now Allen says Kim routinely hits her driver between 270-280 yards, which gives the Commodores a newfound advantage on par fives.

“It’s been a long time since we’ve had a girl come in here and dominate the par fives,” Allen said. “I’ve been here 12 years, and we talk every year about par-five scoring. You watch men’s golf, and they’re always getting to par fives in two, or around the green and then up and down. Auston can get to almost every par five in two. When you’ve got a kid like that, that’s giving yourself four really good birdie opportunities in a round. Auston’s been able to do that thus far.

She's super-focused and kind of changes the dynamic of how we practice and play. Other girls see her get to these par fives, they see her swing and they hear the sound and they're like, 'She's on our team. She's with us.' She's given us a different mindset.

Kim admits she still has work to do, particularly with her short game. But she has quickly become a key piece to the puzzle for the Commodores. Dating to last fall, Kim has four top-five finishes in six tournaments, and last month she cracked Golfweek’s top-25 individual ranking at No. 24. Kim also joins junior Abbey Carlson and senior Courtney Zeng as Commodores currently vying for a spot on the United States’ Arnold Palmer Cup team set to compete this June.

But Kim is more concerned with her team, which hopes to make another return to the NCAA Championships this spring. She credits Vanderbilt’s team camaraderie – not her long ball – as the catalyst behind its recent stretch. Perhaps not coincidentally, that camaraderie is exactly why Kim feels at home on West End.

“We’ve all been supporting each other, not just on the golf course but in the weight room, when we’re studying, everything,” Kim said. “It’s just a really good environment. We all love each other. We’re all different, but we mesh very well. That’s why it’s showing up for us all the time.”