NASHVILLE, Tenn. – As Vandy United construction accelerates, Vanderbilt Athletics has announced updates to the construction footprint in and around FirstBank Stadium and Hawkins Field.

The ongoing construction projects have already impacted the north end zone of FirstBank Stadium, with the removal of the video board and north end zone seating. In addition, south end zone work will commence soon.

Fans attending baseball games at Hawkins Field this season should be aware of the closure of Jess Neely Dr., as well as other construction updates. More updates will be shared with baseball ticket holders as the season nears.

Fans should be aware of several updates as 2023 football season ticket renewals begin in the coming weeks. Season ticket holders whose seats are no longer available will be contacted by the ticket office before the broader launch of renewals regarding new seating options.

ADA Seating
· With the demolition of the south end zone, FirstBank Stadium will see the addition of multiple ADA-compliant seating locations throughout the remainder of the seating bowl
· Fans with seats in affected areas will be contacted by the ticket office regarding relocation options

Season Ticket Renewals
· Relocation efforts for fans who are affected by construction efforts will begin later this week
· Renewals for all remaining season ticket holders will begin the week of Feb. 13 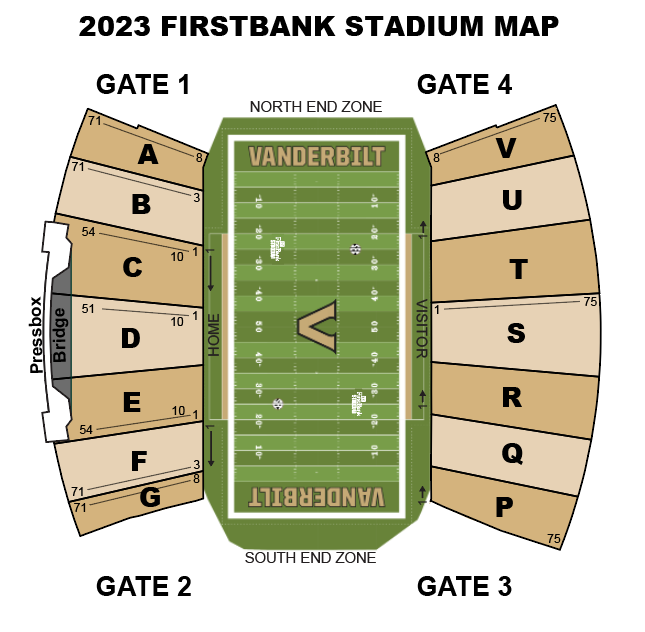