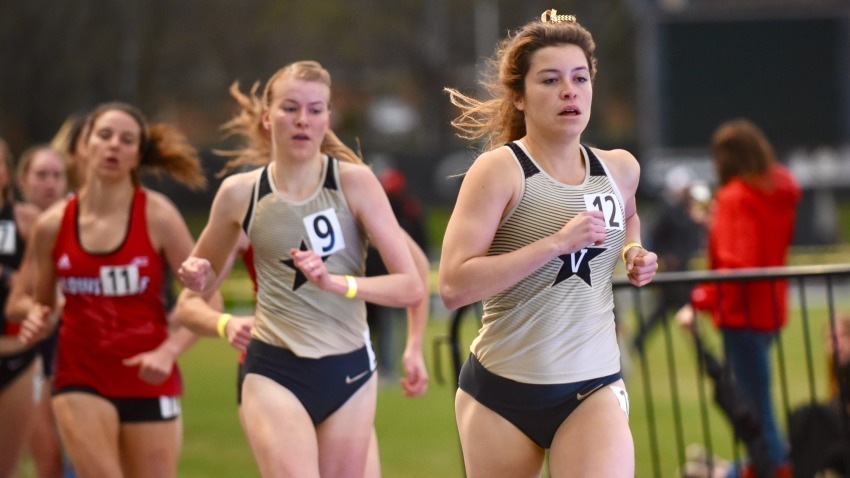 The Vanderbilt women’s track and field team will compete in the Tennessee Relays Friday and Saturday on the University of Tennessee campus.

Eighteen members of the Vanderbilt squad are scheduled to participate in the meet, which will be staged at the Tom Black Track. This is the 51st edition of the meet, which has formerly been known as the Dogwood Relays and Sea Ray Relays. The Commodores will join team from 15 other universities at the meet. Competition starts Friday at 1 p.m. CT, and Saturday and 11 a.m.

Head coach Steve Keith is eager to see his Commodores compete, and looks forward to the results from several relay units and former members of the team entered in individual activities.

“I’m excited for our team going to Knoxville and looking forward to seeing them in action,” Keith said. “We should have quality athletes in the 400, 800, 1,500, 5,000, the jumps and pole vault, and I’m excited about seeing our relay teams.

“This is a super opportunity to improve our seeding for the upcoming SEC meet and NCAA competition. I’ll like to see this team establish more NCAA qualifying marks at this meet,” Keith added.

Edobi, a redshirt junior from Union, N.J., and Bustamante, a sophomore from Springfield, Va., are expected to compete Friday in the 400 and 800, respectively. They rank among the program’s all-time bests at those distances. Edobi has a collegiate-best of 52.75 in the 400, second fastest ever by a Commodore, and is coming off a 53.78 effort at the Florida Relays. Bustamante will attempt to improve her season-and collegiate-best of 2:06.50, the fourth fastest effort ever by a Commodore. Junior Ginger Hutton also will run the 800.

Denk, from North Royalton, Ohio, opened the outdoor campaign with a clearance of 13-3.50 at the Vanderbilt Black & Gold Invitational in late March, but has not reached that height in two more recent opportunities. Her outdoor collegiate-best of 13-6.25 came two years ago as a freshman at Tennessee.

While Denk will compete in the invitational pole vault Saturday, sophomore vaulters Caleigh Lofstead and Margaret Ollinger are entered in the collegiate division scheduled Friday.

Freshman Sophia Falco is scheduled to compete in the long jump Friday and triple jump Saturday.

Vanderbilt will have several runners in the 1,500 and 5,000. The 1,500 will include seniors Reagan Anderson and Maddie Criscione, juniors Caroline Pietrzyk and Sara Tsai, and sophomores Kacie Breeding and Kendall Derry. The 5,000 will include senior Megan Huebner, junior Devon Grisbaum, sophomore Mailin Struck, and freshmen Anna Grace Morgan and Gilliam Mortimer.

The Commodores are expected to feature a distance medley unit of Derry, Edobi, Hutton and Bustmante, a sprint medley foursome of Edobi, Falco, Regan Clay and Criscione, and a 4×800-meter relay of Tsai, Anderson, Criscione and Hutton.

Commodores at the Tennessee Relays