Running back Khari Blasingame comes to terms with Minnesota

Blasingame, from Huntsville, Alabama, is the first of several Commodore players expected to ink rookie free agent contracts following the NFL Draft that ended in Nashville last Saturday. In addition, other Commodores are likely to finalize plans to attend upcoming mini-camps with NFL teams.

Last weekend, Vanderbilt standouts Joejuan Williams and Justin Skule heard their names announced from the NFL Draft stage on Lower Broadway. Williams, an All-SEC cornerback, went to New England in the second round as the 45th overall pick while Skule, a three-year starting offensive starter, was selected by San Francisco in the sixth round with the 183rd overall pick. 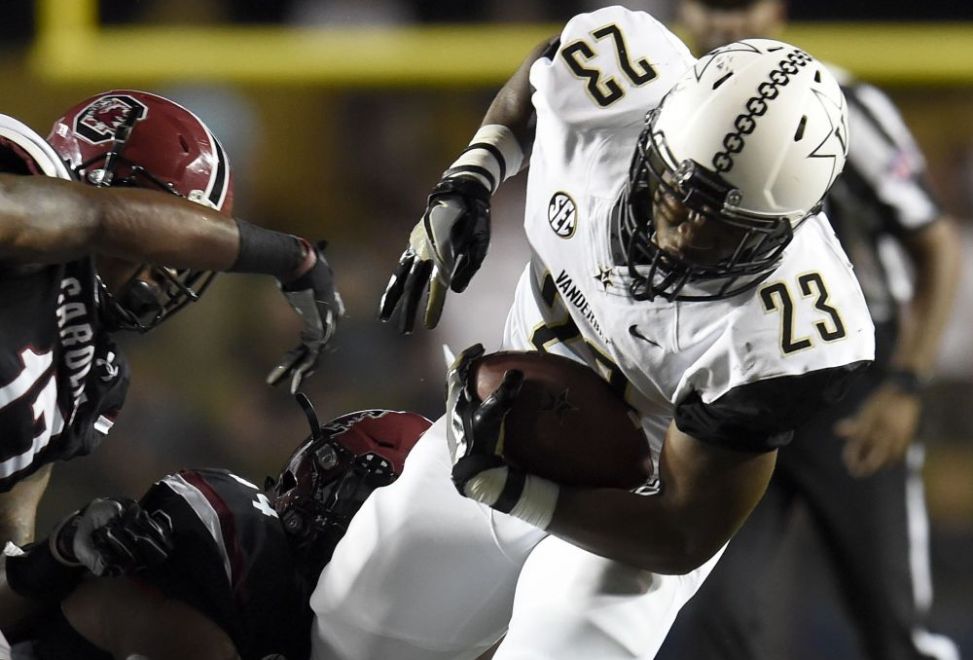 Blasingame played in the shadows of two of the best running backs in Vanderbilt history, 2017 graduate Ralph Webb and current senior Ke’Shawn Vaughn. In 38 career appearances in the offensive backfield, Blasingame amassed 997 yards and 15 touchdowns as a powerful inside-the-tackle rusher. A three-time captain, Blasingame also was one of the Commodores’ top special-team performers through his career.

After the season, Blasingame was one of the most impressive Commodores at Vanderbilt Pro Day, posting superb efforts in the vertical jump, broad jump and 40-yard dash.

Blasingame graduated in May 2018 with a degree in medicine, health and society and is currently working on a Master’s of Education from Vanderbilt’s Peabody College. A four-time SEC Academic Honor Roll recipient and Vanderbilt’s nominee for the SEC’s H. Boyd McWhorter Award, Blasingame was selected as the 2018 Arthur Ashe Jr. Male Athlete of the Year in March.