Victoria Worship, a successful medical salesperson, was recognized in 2017 as one of South Florida’s most influential and prominent black women in business. Husband Sean Worship is a highly-accomplished sales manager as well.

Domonique Worship graduated from the University of Florida and then Harvard law school. She’s now the vice president for diversity and inclusion at the National Basketball Association headquarters in New York City.

And then there’s Maxwell Worship, a senior on the Vanderbilt football team rounding into form and coming off a career high in tackles last week against No. 2 Georgia. He’s worked tirelessly – following his family’s model – to put himself in position for a breakout season.

“Just trusting in my dopeness. That’s a family saying – trust your dopeness,” Worship said this week. “It’s basically trusting in what you’ve been prepared to do and knowing what you’re capable of and believing in yourself. It’s having that confidence and knowing that you’ve trained and prepared for whatever it is to come in whatever you do. Just believe in yourself.” 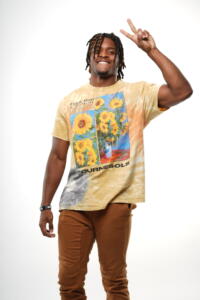 Now third on the team in stops with 18 through four games, Worship made nine tackles against the Bulldogs in perhaps a sign of things to come. That outing also signified that the 6-foot-1, 210-pound defensive back finally feels comfortable and healthy after battling nagging injuries throughout his Vanderbilt career, he said.

Worship came to Nashville as a former three-star recruit. His first scholarship offer was from Louisville, his second from Vanderbilt. He said he never truly considered attending school anywhere else than Vandy from the moment the program made contact.

Worship is on track to graduate with a degree in human and organizational development.

“Just coming here it demands you to be at your best. It allows you to really test yourself in the sense of all that you can do. You can really do anything here and it gives you that opportunity in terms of academics and football and connections with people. It challenges you in every way possible,” Worship said. “I feel like coming here has really brought the most out of me. Not just from a football and an academic standpoint, but from a mental standpoint. It has helped me grow as a person. That’s the one thing I can really take away from being here.”

As a freshman in 2018, Worship made seven tackles in 13 games and became a key contributor on special teams. A blocked punt against Mississippi in November that season helped keep the Commodores’ postseason hopes alive.

Worship’s education at the position of safety, however, was still in its infancy then. The former Cardinal Gibbons (Florida) High School standout played mostly running back during his youth career and even during his junior varsity days as a freshman and sophomore.

He didn’t make the full-time switch to defense until his junior season and, thus, didn’t begin to get serious recruiting interest until that following spring. Still, Worship knew he had want it took to compete at the next level.

“Growing up I was always pretty good. I always thought I was good enough and believed in myself. I wasn’t necessarily there mentally, but I always knew I could take it there. That’s what always pushed me,” Worship said. “The people that I played with and played against growing up, they were some of the best players and I was always better or just as good. I always believed I could take it where I needed to take it.”

Worship got off to a solid start in 2019 before injuries pulled him in and out of the starting lineup. Fifteen of Worship’s 31 tackles in the shortened 2020 season were in back-to-back games against South Carolina and Ole Miss, respectively.

His mindset through it all never changed. And that’s what has stood out to Vanderbilt defensive line coach Jovan Haye, a coach Worship has also turned to time and time again for guidance. 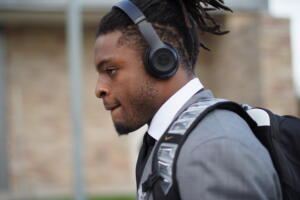 “All he knows is how to do is work,” Haye said. “He’s gotten way better and is becoming a better leader, but the one thing I appreciate about him is he’s just a guy that is about his business. The growth came from him not changing.

“Sometimes when people go to college there is a lot between academics and social media and lifestyle and the weight of the world sometimes. He’s buckled down and is taking a big step this year. You can see him locked in and he’s a better leader today than he’s ever been. I’m really proud of him.”

While Worship may have had his best statistical career game against Georgia, he knows it was his defense’s – and one of his program’s – worst in recent history. Allowing 62 points and 534 yards made for a tough reality check at the start of the week before Worship and the Commodores (1-3) shifted focus to this week’s matchup with Connecticut (0-5) at 6:30 p.m. Saturday at Vanderbilt Stadium.

The senior held steadfast in his team’s commitment to the process and continuing to move forward while not letting that result dictate the trajectory of the remaining eight games of the season. He explained that the Dores’ frustration lies not in defeat, but in not yet showcasing their true identity.

“I think everyone is ready and prepared to really show exactly what we have in this team and who we are. At the end of the day we know we are and we know what we’re capable of, we just haven’t shown it yet, we haven’t completely put it altogether and played that complimentary football,” Worship said. We’re definitely going to put it all together. There’s certain things that we’ve emphasized throughout every week and the things that we’ve emphasized we’ve been able to put on tape. Moving forward we’re going to get it together and definitely end up having a season that we’ve been looking to have.

“I don’t think anyone is too down. In a sense, some people are excited to move forward from what we’ve learned about ourselves because we have yet to play like us and we know who we are. I think we’ll be good moving forward.” 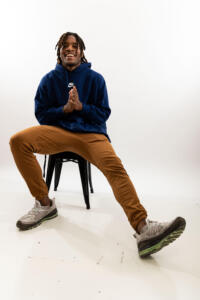 As Worship moves into the final two months of the 2021 campaign, he has begun to explore the possibility of obtaining a graduate degree next year. And like all his teammates he has aspirations of playing in the National Football League if afforded the opportunity.

Off the gridiron, Worship, who was also a defensive midfielder for his high school lacrosse team, wants to dip his toe back into modeling and acting, activities he did as a child (Worship once appeared in a crime drama on a show that aired on the Lifetime channel).

Until then, however, he has unfinished business left at Vanderbilt. That business includes taking the life lessons instilled in him by his father, mother and sister, lessons of hard work, positive attitude and controlling what can be controlled.

“My mom and my sister have definitely paved the way for certain ways of how I think and my mindset and how I approach things. Without them I don’t honestly know where I’d be,” Worship said. “They’re two people that have impacted my life as I was growing up – and they still impact it just from me seeing what they do every day.”