NASHVILLE, Tenn. — Vanderbilt came away with three major honors Friday when the SEC announced its men’s golf awards for the 2020-21 season.

Vanderbilt head coach Scott Limbaugh was recognized as the league’s Coach of the Year for guiding the Commodores to an SEC championship in April. Vandy finished sixth in stroke play on St. Simons Island, Georgia, before rattling off wins against Tennessee, Alabama and Arkansas, respectively, in match play for the program’s second league title since 2017. 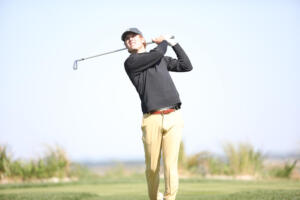 In his ninth season with Vanderbilt, Limbaugh also led the Dores to a team title at the Vanderbilt Legends Collegiate in October and five top-five finishes throughout the course of the season.

One of Limbaugh’s top performers in 2020-21 was William Moll. A sophomore from Houston, Texas, Moll went 2-1 at the SEC Championships in match play and sank the championship-clinching putt on the 18th green to defeat Arkansas.

Moll also recorded four top-10 finishes on the year and has been selected to the 2021 Palmer Cup. He goes into next week’s NCAA Regional at Kingston Springs with a 70.3 stroke average an 16 rounds under par on the season. 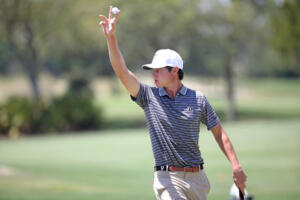 On the SEC’s All-Freshman Team, Vanderbilt’s Cole Sherwood was selected as one of six golfers to be honored. The Austin, Texas, product had a breakout performance at the SEC Championships where he tied for fifth overall in stroke play and then went 2-1 in match play.

Davis Thompson of Georgia was named the SEC Player of the Year while Joe Pagdin of Florida was honored as SEC Freshman of the Year.

Vanderbilt will return to the course Monday when it hosts and plays in the Kingston Springs Regional in the NCAA Tournament.

COACH OF THE YEAR

PLAYER OF THE YEAR

FRESHMAN OF THE YEAR