Ryanne Allen, Jada Brown and Amauri Williams signed their National Letters of Intent and will be incoming freshmen for the Commodores next season.

“And I think with these three players we’re bringing a lot back to Nashville that is going to propel and push our program in big ways. We can take big steps towards where we want to be. We are really excited about who they are as young ladies and basketball players, but we know we’re going to make them even better. So I’m excited for their growth. But we are going to be better by just having them on our team and here at Vanderbilt.” 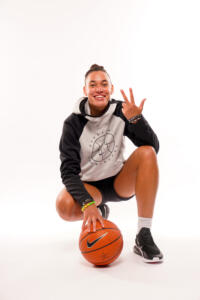 “Ryanne has an effervescent personality,” Ralph said. “She enjoys everything and everyone around her, she has fun doing everything. She’s very laid back yet extremely competitive, smart and sharp. I think she brings everything we need to the table—both on the basketball floor and in the classroom. She has a very high basketball IQ. She’s very skilled and one of the best shooters coming out of high school.

“She’s big and strong already and that’s before she gets into the weight room here. But I think more than anything, what we’re excited about with her is the intangible qualities that she brings to our team. Our staff knows we need to move forward and to compete for championships. Those intangibles are her confidence, competitiveness, basketball IQ and mentality. She just wants to win in everything she does. When you have a team full of people like her, you end up winning a lot.” 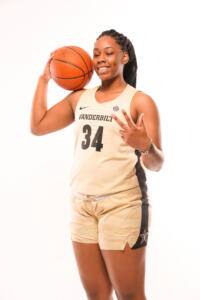 “Amauri is something our team really, really needs,” Ralph said. “She has great size, she’s not afraid to get physical and make physical contact. In this day-and-age, you don’t see that a lot. Everybody that plays, no matter what size they are, wants to play on the perimeter. Amauri wants to play in the paint but she has a skillset where she can step out and make the jump shots. She’s a great passer and great screener. All the things you need out of a player her size and in terms of the way we want to play, she’s already bringing it.

“I’m looking forward to our staff being able to fine tune her skills, being able to extend her range and teach her all the great things that she can do that doesn’t rely on her being in the paint. That’s where we’ll start with her because of her great size. But being able to move her outside and utilize all the great skills she has a basketball player will be a lot of fun to work with and watch.” 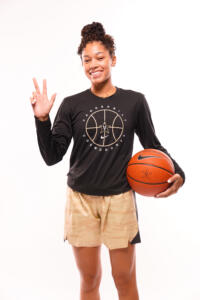 “Jada Brown is one of those players on basketball teams that makes everyone around her look great,” Ralph said. “She is a very upbeat, up-tempo, athletic and a quick guard. You won’t even realize you’re open before you have the ball in your hands, that’s how great her vision is on the court. But beyond that she can score. When you have somebody that can distribute the ball like that, knows where everyone is, knows what everyone is supposed to be doing, that loves to pick up 94-feet on defense, can guard anyone, also score and get her own buckets, those kinds of players are extremely hard to defend. Those players are definitely the ones you want on your team and in your locker room.

“Jada has a quiet confidence about her. She’s extremely competitive on the floor but off the floor she’s just a really nice young woman and a great student. She will be a great part of our community here. She has a great family. We’re excited about her because just as she does on the basketball floor, she’s going to make us better.”