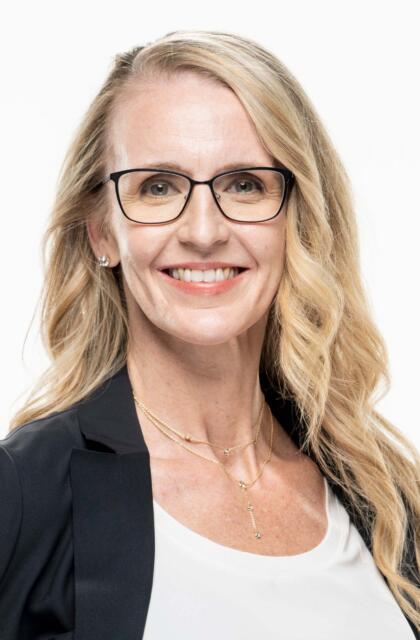 Shea Ralph was named the sixth head coach in Vanderbilt women’s basketball history on April 13, 2021. The 2022-23 season marks her second leading the Commodores.

In her inaugural season, Ralph led Vanderbilt to its first postseason appearance since 2014. The Commodores reached the third round of the Women’s National Invitation Tournament, their longest postseason run since 2013. Vanderbilt also recorded its first SEC Tournament victory in six years when it defeated Texas A&M 85-69 on March 2, 2022.

In all, Ralph accrued the second-most wins of any women’s basketball coach in a debut season. That included a 63-59 victory against No. 15 Florida in Memorial Gymnasium on Feb. 24, 2022, the program’s first win against a ranked opponent since 2020.

Ralph wasted no time helping individual student-athletes realize their full potential. Jordyn Cambridge, Iyana Moore and Sacha Washington earned All-SEC accolades during the 2021-22 campaign. Cambridge recorded the program’s first postseason triple-double during the SEC Tournament, while she and Moore contributed to a program-record 17 3-pointers against Alabama State on Dec. 28, 2021.

A seven-time national champion as a student-athlete or coach, Ralph arrived at Vanderbilt after spending the previous 13 seasons as an assistant coach alongside Geno Auriemma at the University of Connecticut. While serving as a coach at her alma mater, Ralph helped guide the Huskies to 12 Final Four appearances and six national championships, including a record four consecutive titles from 2013-16.

Ralph was an instrumental figure in recruiting and player development with the Huskies. She mentored standouts like Paige Bueckers, who in 2020-21 became the first freshman to sweep the major national player-of-the-year awards: the Naismith Trophy, Associated Press Player of the Year, USBWA National Player of the Year, Lieberman Award and Wooden Award.

In all, Ralph worked with 21 WNBA draft picks at UConn, including nine top-five picks and three No. 1 overall selections: Tina Charles, Maya Moore and Breanna Stewart.

Prior to returning to UConn as an assistant, Ralph spent five seasons at the University of Pittsburgh from 2003-08. She was instrumental in a period of unprecedented success, helping the Panthers improve from single-digit victories to at least 22 victories in each of her final three seasons. Pitt also reached the Sweet 16 for the first time in program history in 2008.

As one of the most celebrated student-athletes in women’s basketball history, Ralph ranks eighth in UConn’s storied record book with 1,678 points. She also ranks among the program’s all-time top 10 in career assists (456), steals (252) and field goal percentage (57.9). Ralph graduated from Connecticut in 2001 with a degree in exercise physiology.

In leading UConn to a national championship in 2000, Ralph was named an All-American and Big East Player of the Year. She was selected at the most valuable player in the 2000 NCAA Women’s Final Four. She also won the Honda Award, presented to the premier female student-athlete in 12 collegiate sports, and the “Sports Illustrated for Women” Player of the Year.

Ralph was selected by the Utah Starzz in the 2001 WNBA Draft, but was unable to pursue a professional career due to a knee injury.

Ralph and her husband, Tom Garrick, have one daughter, Maysen. Currently a member of the Vanderbilt coaching staff, Garrick served as head coach of the UMass-Lowell women’s basketball program from 2018-21 and previously served as a Vanderbilt assistant from 2009-15.