The Fire in Mitchell Pryor

Running back Mitchell Pryor making most of opportunity with the Commodores

NASHVILLE, Tenn. — There really is no other explanation, the way Mitchell Pryor sees it, than what his own mother has always said.

“I always take the hard path,” Pryor laughed. “She jokes about it. I don’t really believe it, then I kind of look back at all the choices I’ve made and it ends up going that way.”

A 6-foot-1, 220-pound running back, not many high-level college programs gave Pryor a serious opportunity coming out of Darien, Connecticut.

He had been committed to play for Pennsylvania as junior in high school, but a medial collateral ligament injury ended his senior season four games in. Suddenly, Penn wasn’t so sure they could give Pryor a full offer.

Programs like Davidson, San Diego and Bryant came calling. The University of Connecticut presented a half scholarship.

There were schools that were highly-renowned academically, but Division III in athletics. There were FCS and Division II football programs involved in the conversation, but academically didn’t fit what Pryor wanted. 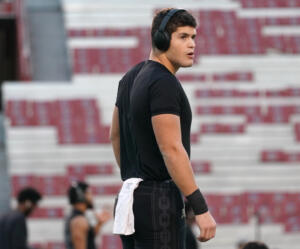 Pryor submitted an application the night before applications were due to be a part of the 2018 freshman class at Vanderbilt. About a month later he was accepted.

One small hurdle to his athletic future – he had never spoken to anyone with Vanderbilt football about the possibility of joining the program as a walk-on. He sent what he described as a laundry list of reasons why he could – or should – play for the Commodores.

“They probably didn’t read all that,” Pryor said. “But they said yes, so it ended up being a no-brainer. It was the best balance of academics and football and everything.” 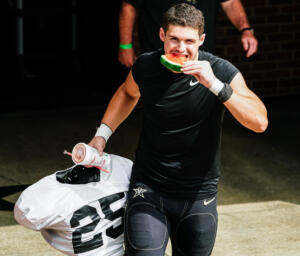 Pryor did not play for Vanderbilt in 2018. He practiced on the scout team in a role he more than likely figured he’d stay in for most of his career.

When 2019 rolled around, however, Pryor found his way into the season opener against Georgia and got two carries for 11 yards. Nearly three months later he entered a contest against East Tennessee State and scored on a 31-yard touchdown run.

In six games this season, he’s totaled 92 yards on 19 attempts. He runs with a style that makes the onlooker think that’s the last time Pryor will ever touch the ball each time it’s handed to him.

On Nov. 14 he scored his second career TD with a short plunge against Kentucky.

“I think I’ve learned I got a helluva lot of fight in me,” Pryor said. “There were a lot of times where it would have been really easy to not keep going forward. School has gone pretty well for me here and it’s not like football was the only option I had for my future. I had a lot of chances, as you can imagine, while being a walk-on in an SEC program to really get down on myself and be discounted.” 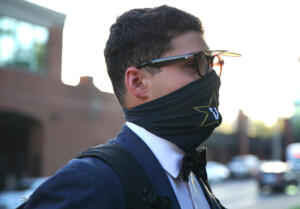 His sister, Megan Pryor, was an Academic All-Big Ten selection while playing lacrosse for Michigan. His brother, Justin Pryor, is a graduate of North Carolina and is pursuing a master’s degree at Michigan.

The youngest Pryor has aspirations of becoming an entrepreneur and to work in the front office of a sports franchise or professional league. He’s already accepted an internship for McKinsey and Company for the summer of 2021 and started a venture earlier this year to help student-athletes better manage the possibility of using their name, image and likeness for profit.

Pryor is an economics major with minors in business and environmental sustainability. But maybe his major is more about faith, confidence and perseverance.

“I would bet on myself,” he said. “I know that I always got something more to give.”