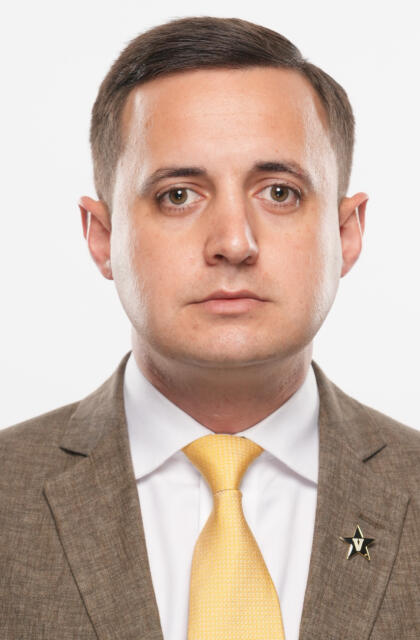 The 2022-23 season is the second for Joey Cantafio as the Director of Player Personnel for the Vanderbilt men’s basketball program.

Prior to Vanderbilt, Cantafio spent four seasons on staff with the Lamar men’s basketball program, including the last two as an assistant coach. Cantafio spent his first two seasons with the program as the director of operations.

During the 2019-20 campaign, Cantafio was tasked with helping groom one of the youngest teams in Lamar’s history (just four returning players from the year before). Despite the overall inexperience, the Cardinals shocked the league recording 17 wins and qualifying for the program’s fourth straight conference tournament. The Cardinals also won their opening-round tournament game for a second consecutive year, but never got a chance to play the next game due to the NCAA canceling the remainder of spring sports due to the outbreak of the coronavirus (COVID-19).

In June, Cantafio was selected to participate in the prestigious 2020 TopConnect Virtual Seminar. Formerly Villa 7, the seminar identifies top assistant basketball coaches in the country and connects them with mid-major athletic directors providing tremendous networking opportunities for both parties.

During his time in the Golden Triangle, the Cardinals recorded six All-Southland selections, including two first-team honorees. Cantafio recruited Southland Conference Defensive Player of the Year David Muoka, who finished seventh in the nation in blocks in 2020-21.

Before Lamar, Cantafio spent three years serving as the director of video and player development at Tulane University where he handled all the video needs for the basketball program which included scouting and recruiting videos.

Cantafio also served as an assistant coach and junior varsity head coach at Bishop O’Connell High School in Arlington, Virginia. He helped guide Bishop O’Connell to the 2013 WCAC and Alhambra Championship. The following season, Bishop O’Connell posted a 15-3 (.833) league record. During his time in Arlington, Cantafio helped coach 12 future NCAA Division I players, including 2014 McDonald’s All-American, Melo Trimble, and 2018 WCAC Player of the Year, Xavier Johnson. In addition to his work with the varsity program, Cantafio’s junior varsity squad won the WCAC JV Regular-Season title with a 16-3 (.842) mark.