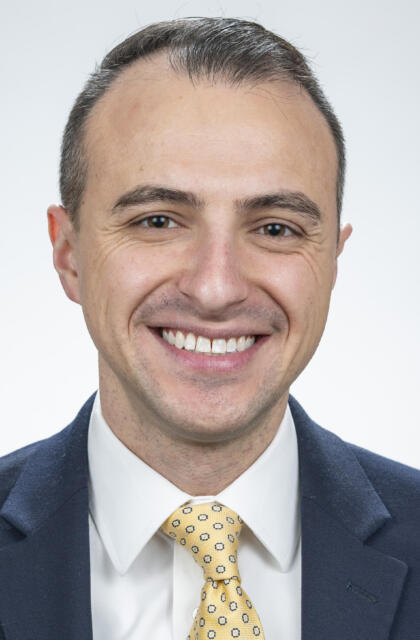 Andrew Allegretta was named Vanderbilt’s director of radio broadcasting in 2021.

Allegretta came to Vanderbilt from Tulane, where he had served as director of broadcasting since 2019. Allegretta handled play-by-play duties for Tulane football, men’s basketball and baseball while also hosting the football, men’s basketball and baseball coaches’ shows and producing a wide variety of content for Tulane Athletics.

Before his arrival in New Orleans, Allegretta was the director of broadcasting for digital media and Olympic sports at Virginia Tech. He served as sideline reporter and pre- and postgame host for football broadcasts and was the play-by-play broadcaster for the Hokies’ baseball and women’s basketball teams.

Allegretta was honored by the National Sportscasters and Sportswriters Association in 2018 as Virginia’s Sportscaster of the Year.

A native of Yarmouth, Maine, Allegretta graduated from Syracuse with a degree in broadcast journalism. He has also been the play-by-play voice for Charleston Southern men’s basketball and football, the Class-A Potomac Nationals of the Carolina League, the Walla Walla Sweets of the West Coast League and the Falmouth Commodores of the Cape Cod League.