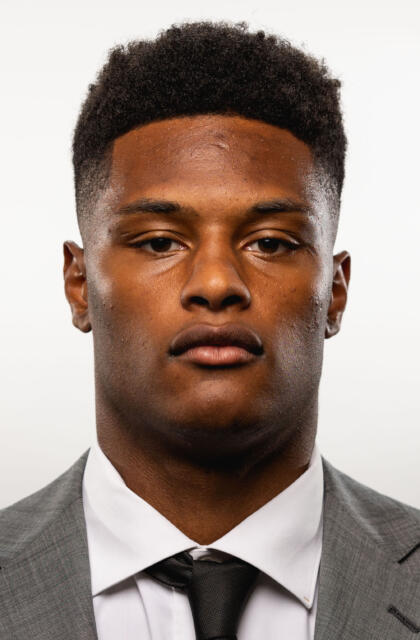 The Taylor File
• Lettered three years at Warren County Senior under coach Matt Turner
• Consensus three-star prospect, according to ESPN.com, 247Sports.com and Rivals.com
• Listed as the No. 31 prospect in Tennessee by ESPN.com, No. 33 by 247Sports.com and No. 34 by Rivals.com
• Selected to play in the 2020 Blue-Grey All-American Bowl
• The 2020 Tennessee Titans Mr. Football Division I, Class 6A award winner
• Warren County’s first Tennessee Titans Mr. Football finalist
• First team Tennessee Sports Writers Association Class 6A All-State selection as a senior
• Region 3-6A Most Valuable Player in 2020
• Served as a quarterback for the Pioneers, guiding the 2020 team to an 8-3 record, the program’s best in 40 years, and a third-place finish in Region 3-6A
• In career, totaled 2,989 rushing yards, 41 rushing touchdowns, 796 passing yards, 115 receiving yards, 142 kickoff return yards, 368 punt return yards, 174 tackles, six interceptions and 2.0 sacks
• Rushed for 1,767 yards with 23 touchdowns and threw for 492 yards with five touchdowns and three interceptions as a senior
• On defense during final campaign, tallied 57 tackles with 4.0 tackles for loss, 2.0 sacks, three interceptions, three caused fumbles and two fumble recoveries
• As a junior, rushed for 891 yards and 15 touchdowns while throwing for 304 yards
• Booked 65 tackles and two interceptions during 2019 campaign
• As a sophomore, rushed for 334 yards and three scores to go along with 67 tackles and one interception
• Member of the basketball program for coach Chris Sullens earning second team all-midstate honors from Main Street Preps as a senior in 2020-21
• Eclipsed the 1,000-point mark in basketball, becoming the school’s first student to finish with 3,000 career football total yards and 1,000 career basketball points
• As a junior in 2019, hit a buzzer-beating three to give the Pioneers their first district title in 43 years, cementing district tournament most valuable player accolades
• Son of Brandy Pinegar and Chad Taylor
• Has two older brothers, Jordan and Dominque, and an older sister, Jasmine
• Cousin, Alontae Taylor, is a junior defensive back for the University of Tennessee, having played in 32 games with 97 tackles and an interception
• Undeclared major