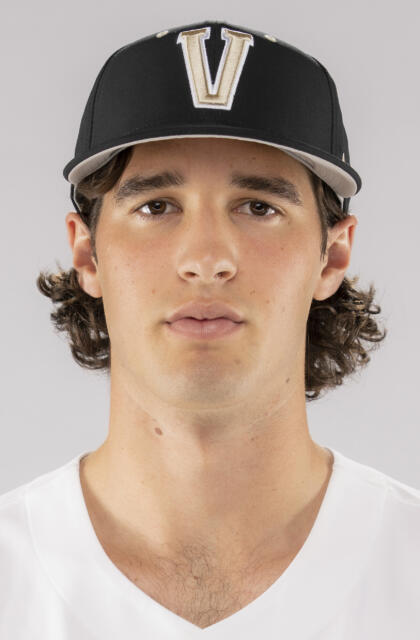 As a Junior (2022)
• Perfect Game All-America third team
• All-SEC second team
• ABCA/Rawlings Southeast All-Region second team
• 2022 Spring SEC Academic Honor Roll
• Led SEC with 21 doubles
• Ranked fifth in SEC in batting average, seventh in hits and OBP and 10th in RBI and slugging
• Recorded a hit in 19 straight games from April 12 to May 13
• Perfect 4-for-4 with two doubles in second game of the season vs. Oklahoma State (Feb. 19)
• Drove in three runs on two hits, including a double, vs. Army (Feb. 27)
• 3-for-4 with a home run, double and three RBI in Game 1 of doubleheader vs. Wagner (March 11)
• 3-for-5 with a pair of doubles vs. Michigan (March 15)
• Scored three times in SEC opener vs. Missouri (March 18)
• Drove in four on a 3-for-4 game vs. Belmont (March 22)
• Homered and doubled, driving in two runs at South Carolina (March 26)
• Tallied a home run, double, three RBI and scored four times at Auburn (April 9)
• Tripled and drove in three runs at Kentucky (April 22)
• Went a perfect 6-for-6 with a triple and double vs. Indiana State, including a walk-off single in the bottom of the 11th
• Drove in five runs with seven hits in three-game series vs. LSU to close out regular season
• Homered twice and drove in four runs in final game of regular season vs. LSU (May 21)