NASHVILLE, Tenn. — Vanderbilt freshman running back Patrick Smith was one of 64 members selected to the National Football Foundation & College Hall of Fame Team of Distinction.

As part of its mission to promote the scholar-athlete ideal, the initiative allows the NFF to honor the top high school scholar-athletes from around the country as the best and the brightest at the local level while highlighting the work of the NFF Chapter Network.

The members of the team all played their final high school football season during the 2020-21 school year. As part of the award, all of the honorees will be part of a permanent digital display at the Chick-fil-A College Football Hall of Fame in Atlanta.

Criteria to make the team include but are not limited to academic achievement, athletic accolades and community involvement. Each chapter is limited to one honoree, distinguishing them as the top scholar-athlete from all the high schools covered by the chapter. 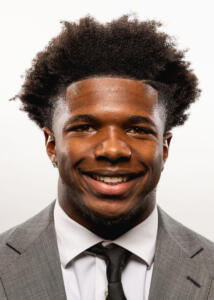 During his final year, Smith rushed 221 times for 1,719 yards and 16 touchdowns for the 8-0 Spartans. He crossed the 300-yard plateau in a pair of contests, and the 200-yard mark in five tilts, during his final campaign.

Since 1954, the NFF Chapters have played an integral role in supporting and promoting the game of football at the amateur level while honoring the top scholar-athletes in their local areas. With more than 12,000 members, the nationwide NFF Chapter Network impacts more than 500,000 student-athletes at 5,000 high schools across the country each year.

“This initiative allows us to shine a national spotlight on some of the most deserving high school student-athletes honored at the local level by our expansive Chapter Network,” NFF Chairman Archie Manning said. “This honor is one of the most prestigious national awards that a high school player can receive. We would like to congratulate all 64 honorees for their success on and off the field, especially with the challenges caused by the pandemic during their senior year.”