Linebacker from Philadelphia has emerged as a team leader

NASHVILLE, Tenn.  — “When you grow up in inner-city Philadelphia, you either play sports, make music or hang out in the streets,” Andre Mintze said. “Sports has given me the opportunity to follow my dreams.”

The fifth-year senior in the Vanderbilt football program did not make it to West End with ease.

After tearing his ACL twice in high school, Mintze had a hard time with recruiting. For most of his high school career, he did not have enough game film, could not attend camps or combines or prove to college coaches that his knee could hold up.

With determination and a love for the game, Mintze fought his way back and helped lead his team to his school’s first football state championship as a senior. Although he was elected team captain by his peers, had 53 tackles and 14 sacks and earned All-State recognition, the top schools still were not offering.

Finally, in January of his senior year, Vanderbilt offered him a scholarship and he visited campus a week later.

“Once I stepped on campus, I knew this was the place for me,” Mintze said. “It was the right situation for me to grow because I want to play with the best on the field and sit next to the best in the classroom.” 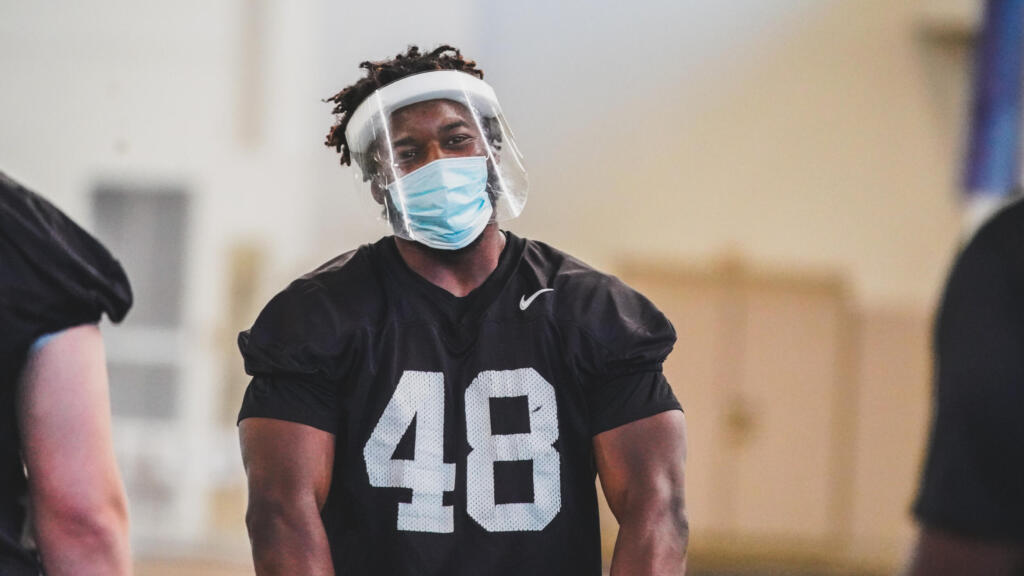 Mintze has learned how to connect with people from different backgrounds. Mintze feels that Vanderbilt has taught him to grow up and be a man. To him, being a man is taking care of the people and community around him, he said.

Earlier in his Vanderbilt career, Mintze decided to take care of the community around him by starting his own charitable foundation called Dancing Dores, which is a fundraising competition between the different Vanderbilt athletic teams to raise money for the Vanderbilt Children’s Hospital. Through partnering with Dance Marathon, Mintze has raised more than $60,000 within the last two years.

The Dance Marathon takes place each February and gives an opportunity for all Vanderbilt students and student-athletes to meet the miracle kids they are supporting. Donations are accepted year-round via the link provided below.

Through his charitable work, Mintze was honored with the 2020 Vanderbilt Athletics Godfrey Dillard Courage Award and was nominated for the 2019 Witten Collegiate Man of the Year Award. After college, he wants to follow his lifelong dream of playing in the NFL as well as creating content with a camera – whether it is through making and directing videos or photography.

His end goal is to give back to Philadelphia and the world around him.

When talking about what he wants out of life, Mintze says he wants to help people find ways to be a part of change.

“Football has given me the opportunity to impact people from my same background,” Mintze said.  “Whether it is through athletics or philanthropy, I get to inspire people.”

– Scott Meyer is a fifth-year senior for the Vanderbilt football program.