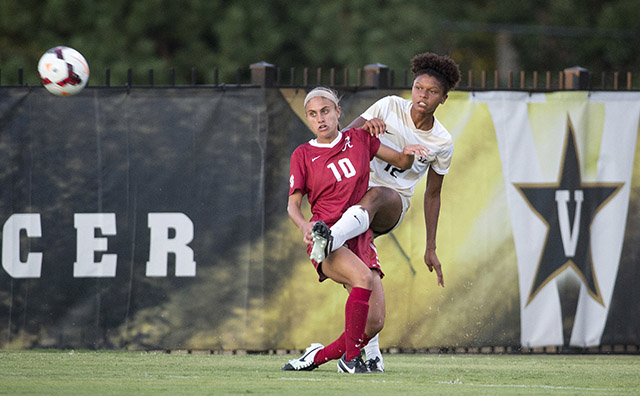 During halftime of Vanderbilt’s showdown with Tennessee, the SEC Network aired a piece on Charley. The feature included interviews with Charley, her parents, Vanderbilt head coach Darren Ambrose and teammates Erin Myers and Lydia Simmons.

The piece focused on Charley’s growth as a soccer player from her young playing days in Hoover, Ala., to her emergence as a scoring threat and distributor as an All-SEC forward for the Commodores. The clip also spotlighted the junior’s development as a triple jumper, an event she has earned All-American status in three times. She owns the school record in the triple jump and finished third at the NCAA Outdoor Track & Field Championships.

To watch the entire feature, which will air on SEC Network at various times throughout the season, click here.