NASHVILLE, Tenn. – The San Francisco 49ers selected offensive lineman Justin Skule with the 183rd overall pick of the NFL Draft. Skule was selected in the sixth round.

Skule becomes the second Vanderbilt standout taken in the 2019 draft. Defensive back Joejuan Williams was picked in the second round by New England with the 45th overall pick. 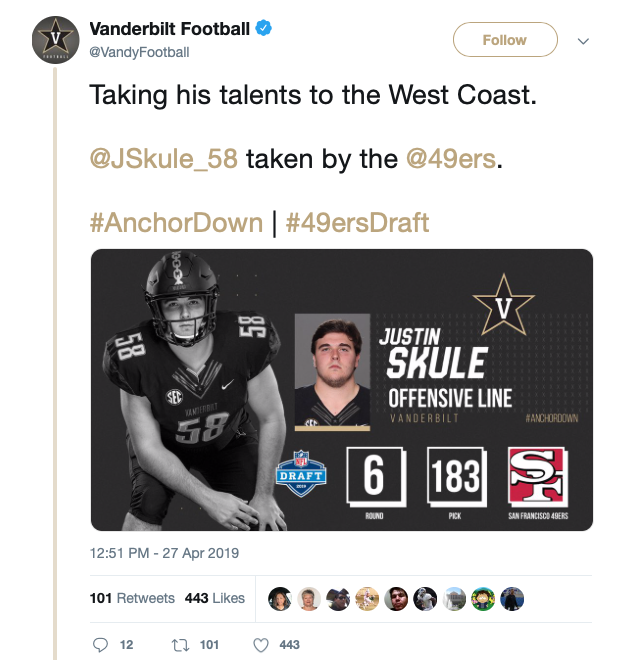 Skule is the first Commodore offensive lineman selected since Will Holden was taken by Arizona in the seventh of the 2017 draft.

Additionally, Skule is the first Vanderbilt player selected by San Francisco since linebacker Jamie Winborn was taken by the 49ers in 2001 draft with the 47th overall pick. 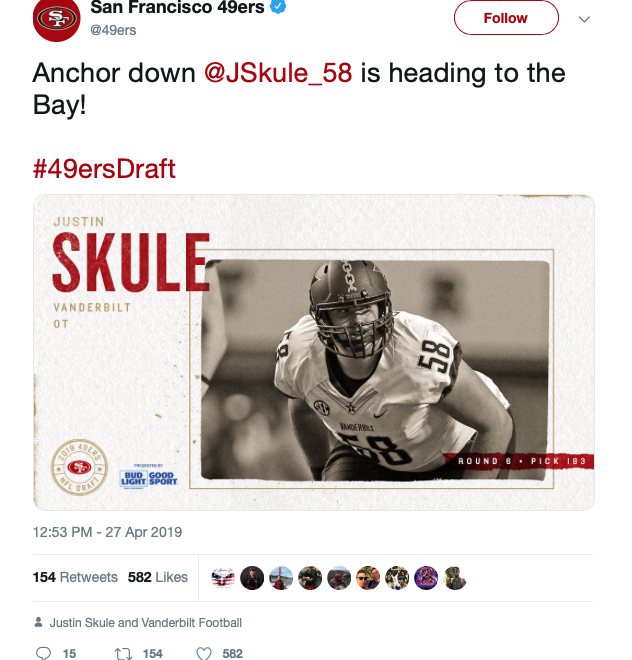 Skule, from Clifton, Virginia, started the last 40 games on the Vanderbilt offensive front. After starting at right tackle as a sophomore, Skule earned 25 starts at left tackle as a junior and senior. As a senior, he played virtually every important offensive snap, contributing 25 domination blocks for a unit that averaged the most yardage by a Vanderbilt offense since the mid-1970s. He finished his collegiate career by playing in the East-West Shrine Game.