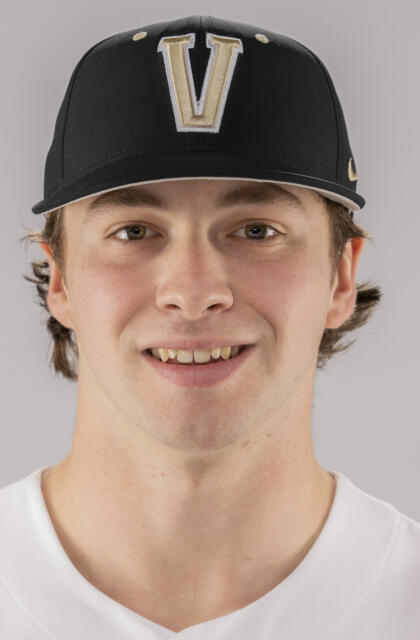 Head coach Tim Corbin on Noland: “Tough, durable, no nonsense baseball player. Will do anything you want him to do on the field. Played many different positions for us last year out of necessity and played them well. Has a strong hitters mentality, while having versatile offensive skills. Park is a self-made kid…he has a high care level for everything that he does. Takes on all challenges. His work ethic in the classroom has paid high dividends…great student. Really proud of his growth.”

As a Junior (2022)
• First hit on the season was an RBI single vs. Oklahoma State (Feb. 19)
• Homered vs. Central Arkansas (March 1), his first of the campaign
• 3-for-4 day at the plate at South Carolina (March 25)
• Homered and hit two doubles to drive in three runs at Auburn (April 9)
• Hit a solo homer vs. Florida (April 17)
• Belted a two-run homer in the bottom of the ninth to start comeback against Indiana State (May 10)
• Started the scoring at Arkansas (May 14) with a two-run shot in the second inning
• Homered vs. LSU (May 20)

As a Sophomore (2021)
• Started 66 of Vanderbilt’s 67 games in 2021
• Tallied 64 hits on the season to rank fourth on the team
• Placed third on the squad in RBI with 43, while recording seven home runs
• Went 3-for-3 in the season-opener against Wright State (Feb. 22) and drove in a run in the 14-1 win
• Drove in four runs in the Feb. 28 win over Georgia State, part of a 3-for-5 performance that included his first home run of the campaign
• Had a 3-for-3 game in the nightcap of the doubleheader at Oklahoma State (March 13), which included a double
• Reached base five times in 13 appearances in the series at LSU (April 1-3), which included two doubles
• Drove in three runs in the 5-2 win over Georgia (April 9)
• Went 3-for-4 with two doubles and five RBI, a season-best, in the midweek win over Florida International (May 18)
• Notched four hits in the three games of the NCAA Regional against Presbyterian and Georgia Tech (June 4-6)

As a Freshman (2020)
• Season canceled due to coronavirus outbreak
• Appeared in 17 games and made 14 starts
• Second among Commodore freshmen with 15 hits
• Tied for third on the team with 11 RBIs
• Recorded an RBI in five of his first six games
• Posted five multi-hit games
• Added three multi-RBI games
• Recorded four consecutive multi-hit games (Feb. 21-25)
• Reached base in five straight games (Feb. 21-26)