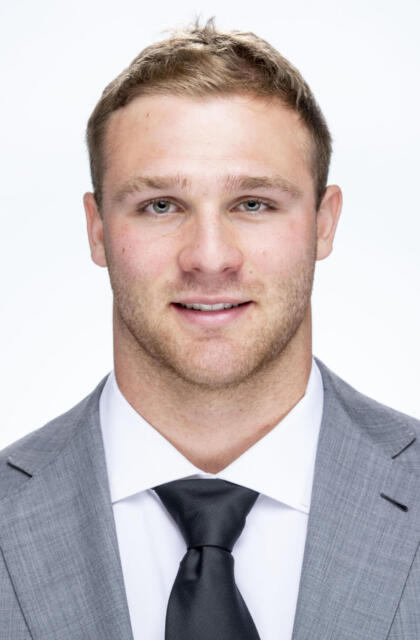 The Patterson File
• 37 games played at Clemson from 2019-21
• 32 total tackles and a sack for the Tigers
• Career-best seven tackles as a sophomore in the Sugar Bowl against Ohio State
• Totaled five tackles in two ACC Championship Game appearances against Notre Dame (2020) and Virginia (2019)
• Nashville native played at Christ Presbyterian Academy for Ingle Martin
• National top-300 player by three services
• Named to All-American Bowl in San Antonio
• No. 138 national player by 247Sports, including the No. 7 player in Tennessee and the No. 12 inside linebacker
• MVP of state championship game senior year after rushing for 110 yards and two scores while adding seven tackles
• Ran for 1,003 yards on 110 carries as a sophomore, adding 64 tackles and 12.5 tackles for loss
• 141 rushing yards and 27 tackles as a sophomore
• Finished prep career with 42 touchdowns, 1,794 rushing yards, 258 tackles and 38.5 for loss
• Joined at Vanderbilt by his brother, Langston, who joined team the same season as a freshman