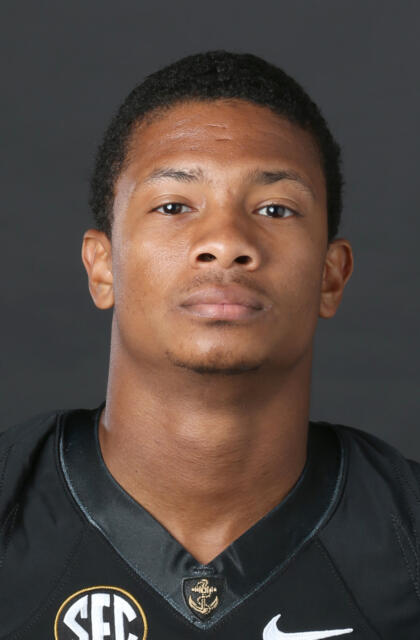 2013
Krause enjoyed a career year for the Commodores, bringing tremendous productivity to the receiving corps paced by fellow senior Jordan Matthews… Started 11 of 13 games at wide receiver, setting new single-season career highs in virtually every statistical category, including 42 catches, 714 receiving yards and three TDs… Ranked seventh in the SEC with a 64.9-yard receiving average… Posted at least three catches and 50 receiving yards in eight of 10 appearances… Had six catches for career-high 105 yards and a TD in win at UMass, then followed that effort with a 108-yard receiving effort in victory over UAB… Had 80-plus receiving yards in consecutive SEC games vs. Missouri, Georgia and Texas A&M… Continued productivity after missing wins over Florida and Kentucky with three catches at Tennesse and six receptions in finale vs. Wake Forest… Also posted one catch in BBVA Compass Bowl victory over Houston.

2012
Krause has played in all 13 games at wide receiver, while also doing a superb job as the team[apos]s primary punt returner… Returned 25 punts for 281 yards, which was good for an 11.2-yard avg… Returned two punts for TDs, including an 83-yarder at Wake Forest, making it the longest punt return for a score since Alvin Duke[apos]s 88-yard return against Alabama in 1996… Became the first Commodore since 1968 to return two punts for scores in the same season… Posted nine catches for 69 yards.

2011
Krause had 23 receptions in his second season in a Commodore uniform… Played in all 13 games, starting at WR in five games and serving as the team[apos]s primary punt returner… In the return game, he returned 19 punts for 89 yards… Caught career-best and team season-high nine passes in loss at South Carolina… Posted at least two receptions in first six games… Had three rushes on reverses, including one for a 24-yard gain, in victory over Connecticut.

2010
One of two true freshmen to play at wide receiver, Krause concluded the season as arguably the Commodores[apos] most explosive offensive performer… Developed into a surehanded talent at receiver and threat to go the distance on infrequent reverses… Played in every game, with 10 starting assignments to multiple set formations… First career start came against LSU… Ranked third on team in receptions (24) and receiving yards (243)… As rusher, scored two TDs and averaged 20.2 yards on six carries… Also returned one punt for four yards… Concluded the season with five catches against Wake Forest, a career-high… Also had four receptions in opener vs. Northwestern… Had 44-yard reverse for TD and two catches at Connecticut… Compiled 108 total yards – 63 receiving and 45 rushing – at Kentucky, including career-long catch of 52 yards… Also had 21-yard reverse for TD at Arkansas… Earned team[apos]s Offensive Player of the Week honor for three-reception performance vs. South Carolina.

High School
Senior captain for Atlanta area AAAAA power… Three-year starter at WR, and ranks as school[apos]s all-time leader with 132 receptions… Honorable mention AAAAA All-State WR, Gwinnett Co. Receiver of the Year as senior… Caught 44 passes for 718 yards and 8 TDs in 2009, helping team to 10-2 record and second round of state playoffs… Posted nine catches in Rivalries of Gwinnett All-Star Game… As junior, had 62 receptions for 655 yards and three TDs… Explosive punt and kickoff returner… MVP in track… Finished third in state long jump as senior with school-record leap of 23[apos]10.5′ and helped 4×400 relay to title; finished fourth in 400 at state as juniors… Track PRs include 10.9 (100) and 22.0 (200).