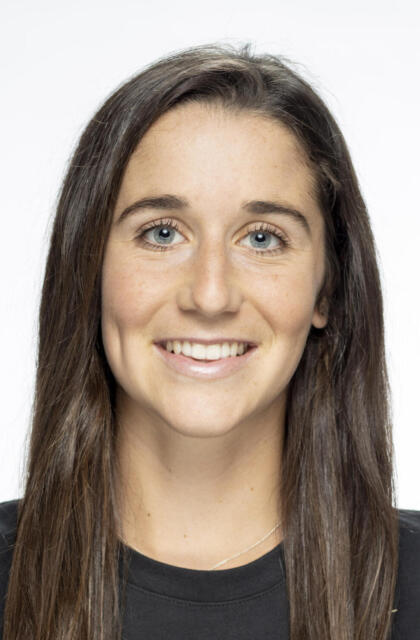 As a Fifth-Year Senior (2020-21)
• 12-17 overall record in singles play
• 19-11 overall record in doubles play
• Played at Nos. 1 and 2 singles all season long and at No. 2 doubles with Marcella Cruz
• Won her 100th career doubles match with a dominating 6-1 win over opposition from Tennessee
• Earned singles wins over a pair of ranked foes
• Topped No. 45 Lea Ma of Georgia 7-6, 6-4
• Defeated No. 74 Magda Adaloglou of Mississippi State 7-6, 6-1
• Clinched four victories for the Dores, including four of Vanderbilt’s last five wins of the season
• Went 13-6 during dual-match play with Cruz, reaching as high as No. 46 in the nation together
• Also earned a spot in the national rankings with Holly Staff, checking in at No. 31 during the year
• Only lost consecutive doubles matches with Cruz once all season long
• Clinched doubles points for the Commodores on five occasions
• Claimed doubles wins in both NCAA Tournament matches against Ball State and Ohio State

As a Junior (2018-19)
• 8-6 overall record in singles play
• 19-15 overall record in doubles play
• Held four match win streak
• Earned seven victories with partner Smith competing mainly at No. 1 in the lineup
• Duo conquered five SEC victories
• Finished season as the No. 32 pair in the nation with Smith

The Kurtz File
• A five-star recruit out of Atlanta, Ga.
• Ranked No. 14 in the nation
• No. 5 in the Southeast
• No. 1 in the state of Georgia
• Doubles  Champion of the Orange Bowl 16’s
• Trained at the Stephen Diaz Tennis Academy
• 63-13 juniors record
• Kurtz holds a 30-4 all-time record against other five-star recruits
• Undefeated against four- and three-star recruits