NASHVILLE, Tenn. — Emma Kurtz has never been one to turn away the chance to broaden her horizons. Her next opportunity to do just that will take place on the other side of the Atlantic Ocean.

The Vanderbilt senior has been accepted into the 2020 Wattles Fellowship in London at Lloyd’s of London where she’ll explore the field of international insurance.

“Why not enter an entire new industry?” Kurtz said. “I feel like the learning curve is the steepest when you just completely immerse yourself into that field.”

Kurtz, who skipped her senior year of high school to begin her tennis and academic career at Vanderbilt in 2016, has seen tremendous personal growth on and off the court since coming to Nashville. Those experiences have allowed her to have the confidence to take a leap of faith toward something she wasn’t quite sure she wanted to even do until the very last minute.

The Atlanta product applied for the prestigious Wattles Fellowship the day before the application deadline. Kurtz figured she could survive a year in London while knowing she couldn’t ignore the advice of some of the more important mentors in her life.

“The more I learned about it the more I was like, ‘Wow, good thing my coach told me to do this because this is awesome,’ ” Kurtz said. “Then talking to (former Vanderbilt soccer player) Jackie (Welch), she was just saying how much she loved it. She was saying how welcoming everyone is and they know you’re there for the experience and you learn a ton.

“That’s so cool just being able to do that when you know nothing about insurance.”

Kurtz was an exceptional prep athlete at North Atlanta High School where she excelled at both soccer and tennis – so much so that she had scholarship opportunities to do either at the next level. Vanderbilt was never seriously on her radar despite her grandfather, long-time Nashville judge Walter Kurtz, being a resident and an alumnus.

But when Vanderbilt head coach Geoff Macdonald gave his recruiting pitch to Kurtz he explained how well-respected her family was and how confident Vandy was in her abilities because of that background.

Kurtz’s decision to become a Commodore became a dream come true for Walter Kurtz, a Vanderbilt law school graduate (’72) and avid Vandy fan now with a personal reason to cheer on the Dores.

“She has really thrived here at Vanderbilt,” Walter Kurtz said. “I don’t know what I can say beyond both her record as an athlete and as a student. She’s a great example of a Vanderbilt student-athlete.” 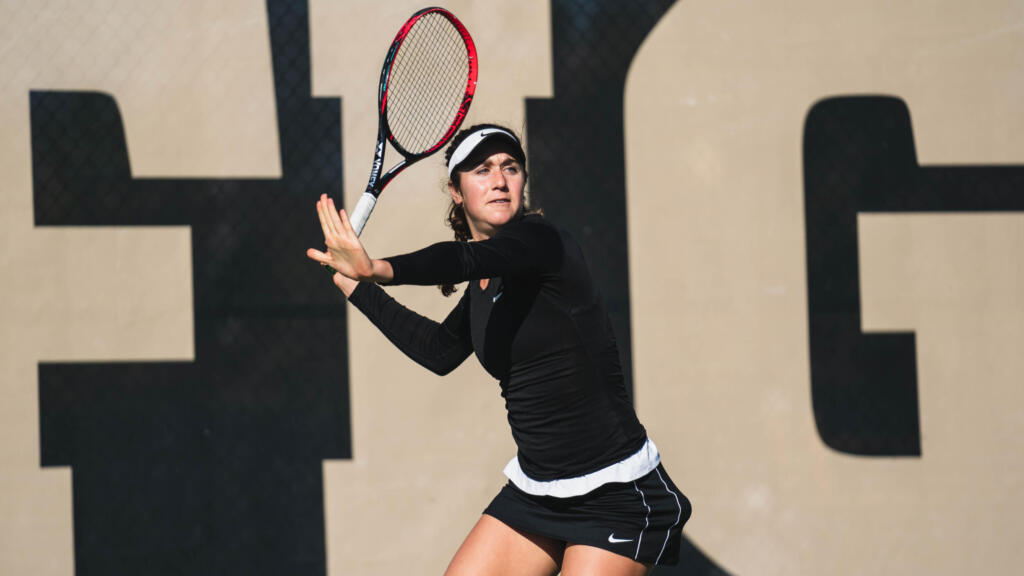 Emma Kurtz made her presence known early on by clinching Vanderbilt’s win at Georgia in 2016, the program’s first victory in Athens, Georgia, since 2005. Since then she’s been named an SEC Freshman of the Week and become a member of the 2019 SEC Community Service Team.

This past summer Kurtz spent time in San Francisco doing an internship in the field of finance. She speaks Italian, French and Spanish and has a grade point average just less than 4.0.

The Wattles Fellowship selected Kurtz as one of three Vanderbilt graduates after applicants were narrowed down to 50 for an initial round of interviews followed by another cut which trimmed the list to 18 candidates. Kurtz received the fateful phone call, of course, on the tennis court.

“It was our June Stewart Tournament (on Nov. 1),” Kurtz said. “It was right after our singles match. I went into the bathroom and checked my phone and there was a voicemail. It was between the singles and doubles matches and we only have 10 minutes between those. I called back and they were like, ‘You got it,’ and I was like, ‘Oh my god thanks so much … got to go!’

“I ran outside and was smiling so much and jumping up and down and hugging people.” 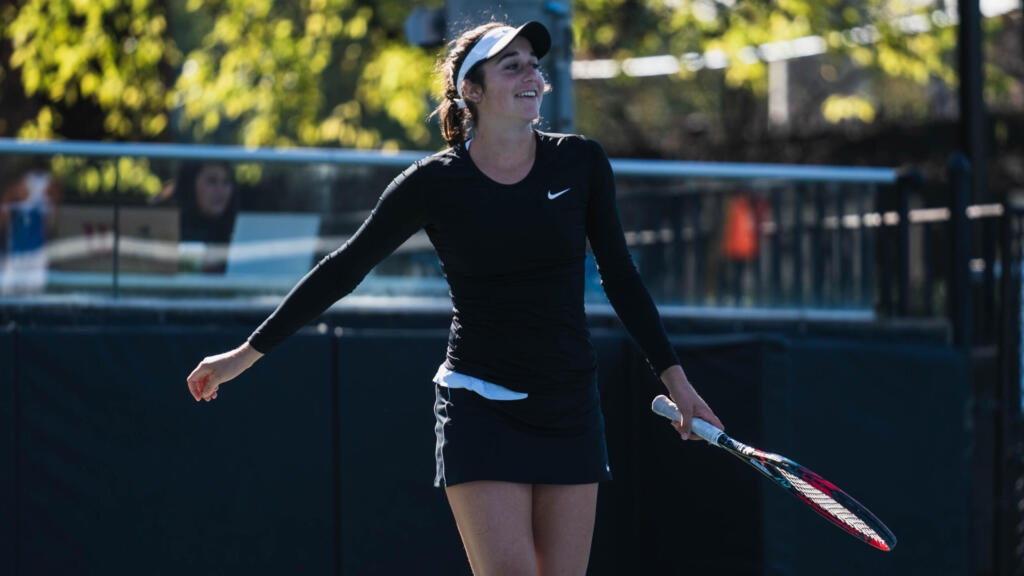 Kurtz’s playing career has had its ups and downs, but she admits there have been invaluable takeaways from it all. Her mother convinced her to try college tennis which would afford her the individuality she craves while still being part of a team.

That latter concept had its trials and tribulations throughout the years as Kurtz had to come to an understanding that her teammates watched how she reacted, how she trained and how she accepted criticism. And many examples of how she has come to terms with those experiences are now helping her transition to the professional world – like interviewing for the Wattles Fellowship.

“Over the years you kind of realize everyone is always noticing. On a team you can’t get away with slacking off. People notice,” Kurtz said. “It’s just about doing more things for the team.

“I had to work on being more approachable. I think it’s really helped in accepting more constructive criticism. Being able to implement that, I think, has helped me throughout the job process and gave me a lot of things to talk about in the interviews.” 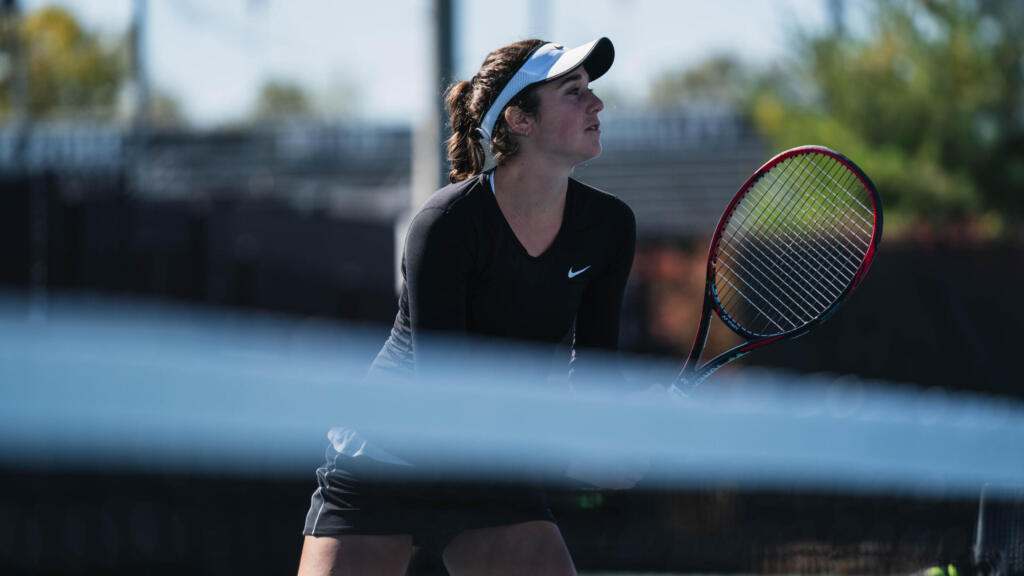 As Kurtz’s career at Vanderbilt comes to an end this spring so will a chapter of her extremely close relationship with her grandfather. The two spent immeasurable amounts of time driving to and from junior tennis and soccer tournaments during her prep days and the elder Kurtz has barely missed a single point during her Vanderbilt career.

Emma Kurtz wasn’t sure at first how she felt about having family so close to her college lifestyle. But over the years she’s come to appreciate family meals at Walter Kurtz’s home, his being there with a post-match smoothie or his constant refrains of, “Hit the ball! Come to the net! I think you should serve the volley more!”

“I think it’s cool how tennis brought us closer,” Emma Kurtz said. “I can always count on him. He’s always there.”

Kurtz’s career at Vanderbilt won’t be defined so much by on-court results as it will be from her willingness to grow with her teammates and coaches. For an athletic star coming out of Georgia she’s refined herself into a student-athlete looking to take that next step after her college playing days are over.

“Being stubborn on occasion can be good character trait,” Walter Kurtz said. “As you grow older you get a little more refined and mature as to when you are stubborn and when you need to go with the organization. I think she’s definitely grown into that – which is just part of the maturing process that we all go through.” 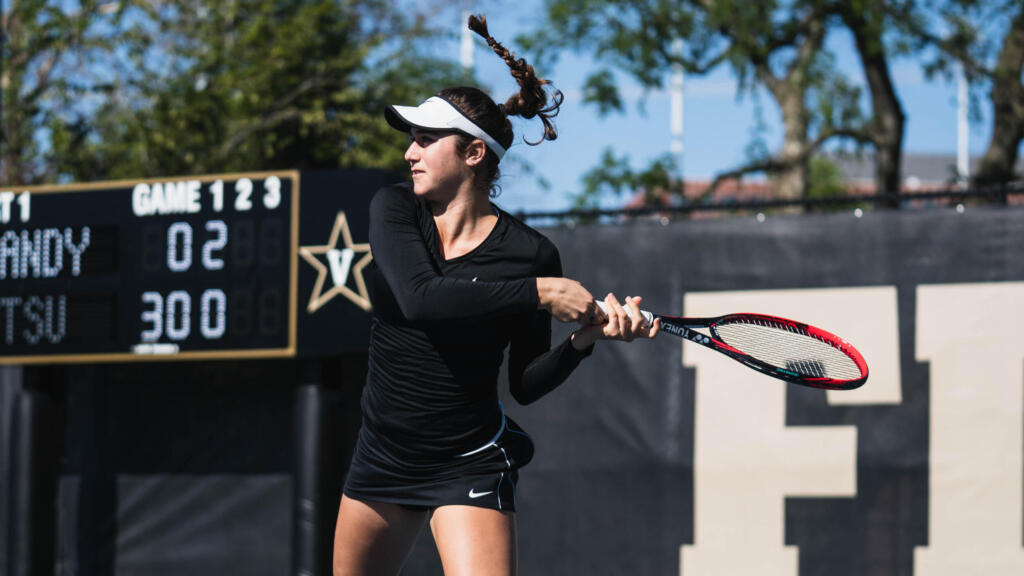