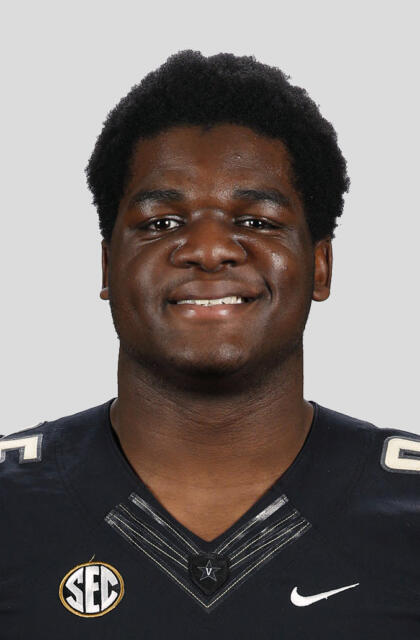 2018
A staple of Vanderbilt’s defense front as a senior defensive lineman, Odeyingbo started all 13 games for the Commodores… Served as pregame captain on several occasions… Contributed 28 total tackles, including 15 solo stops, with one interception, one pass breakup, one quarterback hurry, one fumble recovery and 1.5 tackles for loss as a versatile lineman… Tied a career-high with five total tackles at Missouri on Nov. 10… Picked off his first-career interception for seven yards against South Carolina on Sept. 22… Posted at least four tackles in three separate games… Capped Vanderbilt career with a tackle for loss among four total tackles against Baylor in the Texas Bowl.

2017
Odeyingbo became one of the most productive players on the Commodore defensive front as a junior… Played in all 12 games, earning 11 starting assignments at defensive end… Established numerous single-season highs, including 36 total tackles, 23 unassisted stops, four hurries two defensed passes and a forced fumble… Topped the team with 11 tackles for loss and ranked second with four quarterback sacks… Registered at least two tackles in 10 of 12 games… Started the year with two sacks and a forced fumble in season-opening win at Middle Tennessee, then capped the campaign with a pair of tackles for loss in team’s victory in finale at Tennessee… Posted season-high five tackles at Georgia… Had four stops against Kansas State, Alabama and Missouri.

2016
Odeyingbo became a starter on the defensive line as a sophomore… Played in all 13 games, earning starts at defensive end against Georgia, Auburn and Missouri… Finished the season with 21 total tackles, 10 solo stops, four tackles for loss and a quarterback sack… Also contributed a fumble recovery and defensed pass… Established a game high with four tackles at Auburn… Also produced multiple stops against South Carolina, Georgia Tech and Georgia… Posted a sack against Georgia Tech.

2015
Odeyingbo participated in eight games as a true freshman, seeing action on special teams and as a defensive end… Concluded his first season with a pair of tackles, including a tackle for loss, all coming in the Commodores’ win over Austin Peay.