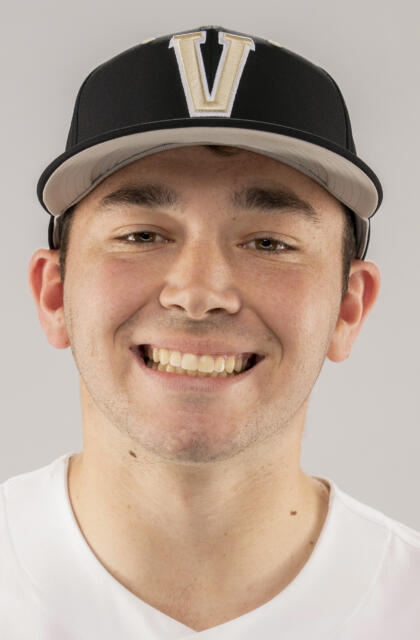 Head coach Tim Corbin on Holton: “A freshman with a natural and mature approach to pitching. Carter is very athletic on the mound and repeats his delivery consistently while throwing the ball over the plate with several different pitches. He keeps the game simple … he competes. He was the most advanced freshman arm that we had this fall. Blue-collar kid with a blue-collar attitude.”

As a Freshman (2022)
• Unanimous Freshman All-America (Baseball America, D1Baseball, Perfect Game, NCBWA, Collegiate Baseball)
• Named Freshman All-SEC
• ABCA/Rawlings Southeast All-Region first team
• SEC Co-Pitcher of the Week (May 16)
• SEC Co-Freshman of the Week (May 9)
• SEC Co-Freshman of the Week (March 21)
• Top-20 in NCAA DI, tied for first in SEC for complete games
• ERA was sixth-best in SEC
• Strikeouts ranked eighth in conference
• Ranked 20th in country and third in SEC, allowing 6.27 hits per nine innings
• Made first collegiate start vs. Oklahoma State (Feb. 20)
• Threw 6.0 innings, allowing two runs with six strikeouts vs. Army (Feb. 26)
• Carried a perfect game into the seventh inning in a seven-inning complete game in Game 1 at Hawaii (March 6)
• Struck out 10 over 7.0 scoreless innings vs. Missouri (March 19) in first SEC start
• Nine strikeouts over 5.2 innings vs. Tennessee (April 2)
• Didn’t allow a run in three consecutive starts vs. Texas A&M, at Georgia and at Arkansas to close out the regular season
• Notched his second complete game on the year with 7.0 scoreless frames at Arkansas (May 15)

The Holton File
• Attended Benedictine Military (Guyton, Ga.)
• Nation’s top left-handed pitcher according to Perfect Game, and No. 24 overall prospect
• Rated as the fourth-best player in the state of Georgia and the state’s top-ranked southpaw
• 2020 Perfect Game All-American Classic participant
• 2019 Perfect Game Preseason Underclassmen All-America
• Perfect Game Top 100 National Rank (No. 24)
• Three-time All-Greater Savannah Player of the Year (2018, 2019, 2021)
• Tossed three perfect games and two no-hitters over the course of his high school career
• Helped lead Benedictine Military to three Regional Titles in his four years, including a state championship as a freshman in 2018
• Batted .429 as a senior, with 10 doubles, one triple, 12 home runs and 41 RBIs
• Owned a 9-2 record on the mound in 2021 with a 0.36 ERA
• Carried a 9-0 record as a pitcher his sophomore prep season
• Drafted in the 19th round of the 2021 MLB Draft by the Milwaukee Brewers out of high school
• Three-year member of the honor roll
• Student government representative all four of his years at Benedictine Military
• Son of Dawn and Carl
• Has one brother, CJ, and one sister, Sarah
• Enjoys fishing, hunting and playing basketball
• Full name is Joshua Carter Holton
• Major is undeclared