NASHVILLE, Tenn. — Vanderbilt is looking for key offensive playmakers to emerge over the next month as it prepares for the Sept. 26 season opener at Texas A&M.

First-year offensive coordinator Todd Fitch admitted Wednesday, after the third day of the Commodores’ preseason camp, that he has no issues with waiting for the cream to rise to the top among his skill position players.

“I think right now it’s going to be by committee at both running back and receiver,” Fitch said. “As this thing evolves we’ll figure out what guys do well and we’ll put them in the right spots as their body types or their talent level fits.

“We’re going to rely on everybody and roles will be defined as we get through camp here and we get early in the season and let this thing unfold and let it take its course naturally.”

Vanderbilt lost quarterback Riley Neal, running back Ke’Shawn Vaughn, wide receiver Kalija Lipscomb and tight end Jared Pinkney – all of whom started the month on an NFL roster – from the 2019 team. That means Fitch and head coach Derek Mason will be watching closely to see which Commodores are ready to take the reins at those positions.

The program signed four new quarterbacks in the offseason (Danny Clark, Jeremy Moussa, Ken Seals and Mike Wright) and that quartet is competing to take the field as QB1 at the end of September when the Dores head to College Station, Texas.

“We’ll identify the starter and we’ll take care of that guy early in the season and get his feet under him,” Fitch said. “We’re going to ask him to play, too. We’re going to let him throw the ball and make decisions and he’ll learn on the run.” 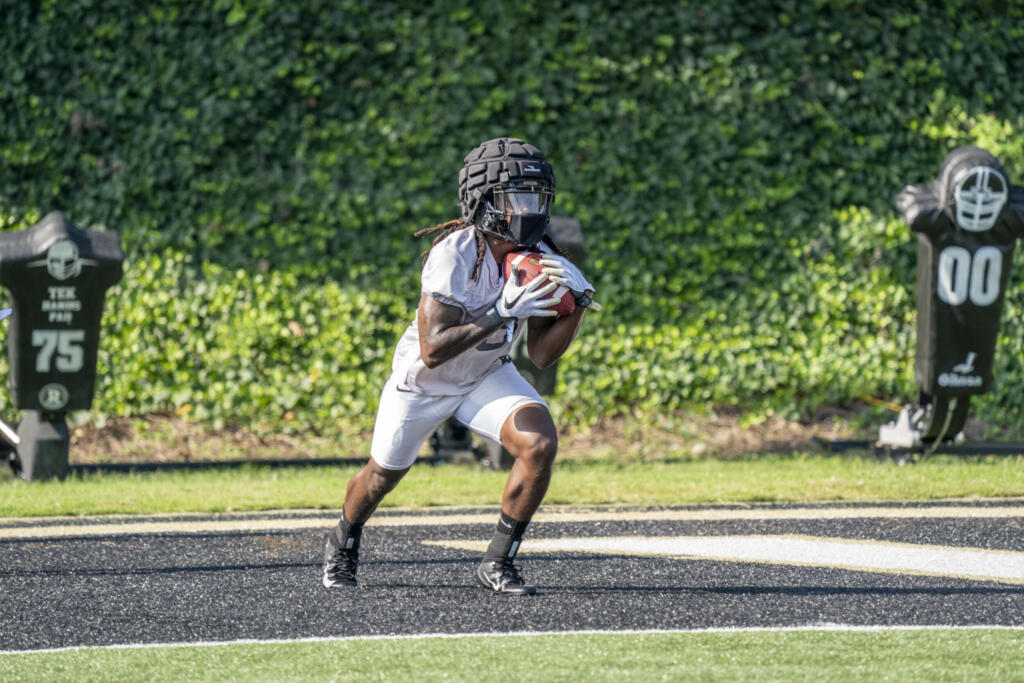 Cam Johnson was the team’s second-leading receiver (behind Lipscomb) in 2019 with 30 catches for 316 yards and three scores. The Dores also bring back Chris Pierce, James Bostic and Amir Abdur-Rahman while having added Oklahoma State transfer Tyrell Alexander.

Ben Bresnahan and Gavin Schoenwald are the elder statesmen in the tight end room.

“There’s some good young players who have been in and around the program who just don’t have a lot of field experience,” Mason said. “Once these quarterbacks shake out and once we figure out exactly what that looks like I think this group is going to have a chance to step on the grass and hopefully produce because some of these guys are older. 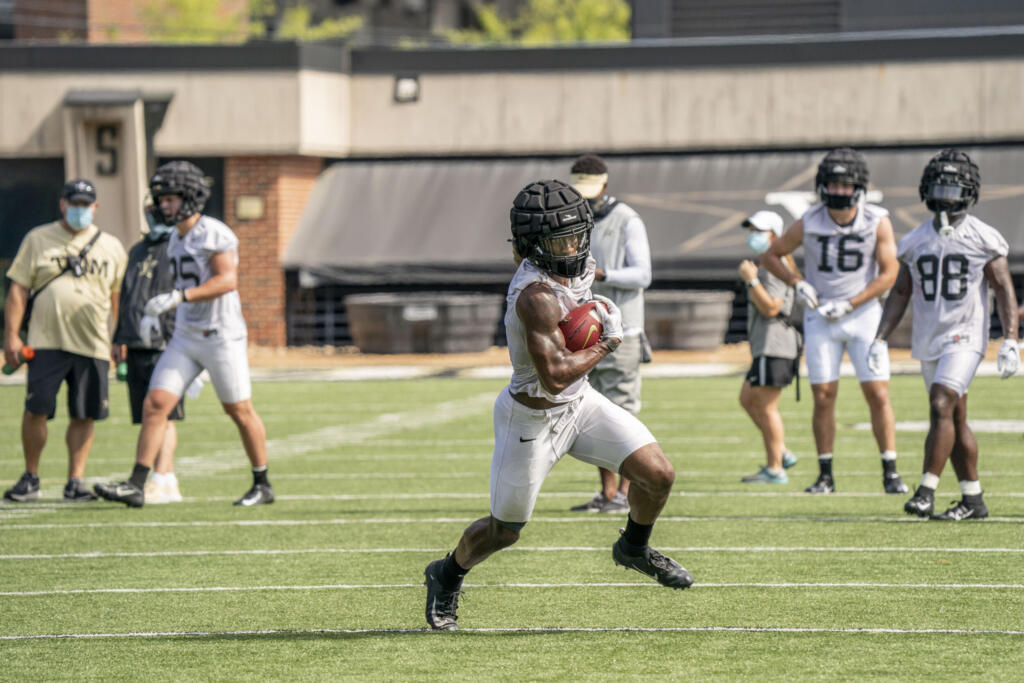 Of course, the success of any of the student-athletes lining up at the skill spots hinges on the development of Vanderbilt’s offensive line. First-year offensive line coach Pete Rossomando is charged with finding five reliable starters wile also developing some depth among that group.

And that may take a little bit of time.

“The five will take its form,” Fitch said. “There are some guys that have played some ball here and some guys that will step forward. But it’s creating that depth, that’s the thing. We got to force ourselves to creating that depth. There’s growing pains to that – sometimes you don’t like it, it’s not a pretty baby – but it’s our baby and you got to keep on growing it.”