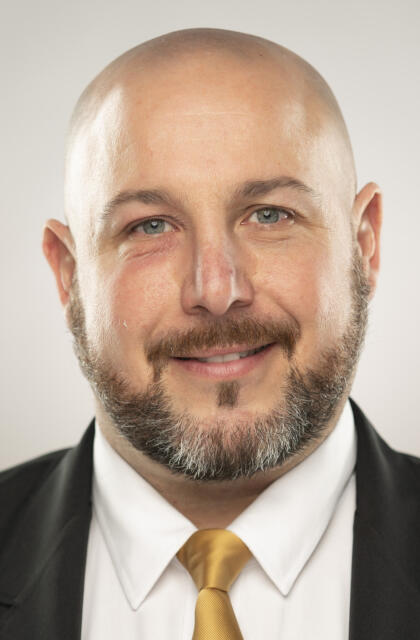 Previously he was head coach at Central Connecticut State from 2014-18. In 2018, Rossomando guided Central Connecticut State to a 6-4 record. In 2017, Rossomando led the Blue Devils to the school’s initial NCAA Division I FCS playoff appearance by winning the Northeast Conference crown with a perfect 6-0 record, the program’s first unbeaten league record since 2008. The campaign also included an eight-game winning streak.

Rossomando’s 2017 defense led all FCS teams in defensive touchdowns and was among the national leaders in turnover margin, helping Central Connecticut to the NEC’s first unbeaten record since 2008. For his efforts, Rossomando was named the Northeast Conference Coach of the Year and was a finalist for the Eddie Robinson National Coach of the Year.

Prior to accepting the Central Connecticut State post, Rossomando spent five seasons as the head coach at the University of New Haven. During that time, he led the Chargers to a 42-13 record, two NCAA Division II playoff appearances and coached several all-conference and All-America student-athletes.

Rossomando was named head coach at New Haven in December 2007 after the university reinstated its football program after a five-year hiatus. He rebuilt the Chargers into one of the best Division II programs in the country.

Prior to taking the New Haven head coaching job, Rossomando was an assistant coach at Albany for seven seasons (2001-07). He served as associate head coach, offensive coordinator and offensive line coach for his final three seasons at the school.

With Rossomando on the sidelines, Albany won Northeast Conference titles in 2002, 2003 and 2007. The Great Danes posted a record of 46-32 in his seven seasons on the staff.

Rossomando has also served as an assistant at Cortland State (2000) and Northeastern (1999). His collegiate coaching career began in 1994 as an assistant at New Haven under head coach Tony Sparano. While a New Haven assistant, Rossomando helped the Chargers advance to the NCAA playoffs in 1995 and again in 1997 when the team reached the Division II national championship game.

Rossomando played at Boston, seeing action on the offensive and defensive lines from 1990-93. He helped the 1993 Terriers to an undefeated regular season, Yankee Conference championship and NCAA Division II playoff appearance.

A native of Staten Island, New York, Rossomando was a standout player at Port Richmond High School and was named the 1989 Staten Island Player of the Year.

Rossomando and his wife Jessica have three children: Reese, Gianna and Nicholas.