NASHVILLE. Tenn. — A large number of Vanderbilt football student-athletes will show support for their cause of choice this season.

The Commodores have been permitted to place decals on the backs of their respective helmets to bring awareness to causes they feel are near and dear to them.

Vanderbilt is scheduled to open the 2020 season at 6:30 p.m. Saturday at No. 10 Texas A&M. Here is a glance at some – but not all – of the decals the Commodores will have on the back of their helmets when they take the field in College Station, Texas:

Nearly 20 Commodores will show their support for Black Lives Matter.

Black Lives Matter was founded in 2013 and has been at the epicenter of the fight against social injustice in 2020. Its mission is to eradicate white supremacy. 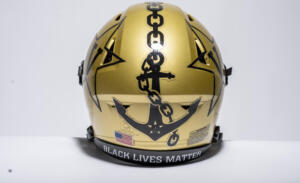 “Our coaches, our administration, our University has been very adamant about hearing our suggestions on how to show that.”

Two initiatives rooted on the Vanderbilt campus include Turner’s Heroes and Dancing Dores.

Dancing Dores was created by Mintze as a way to get student-athletes more involved with Vanderbilt University’s Dance Marathon, an annual event raising funds and support for the Monroe Carell Jr. Children’s Hospital. In February, Dancing Dores raised more than $40,000 in charitable funds. 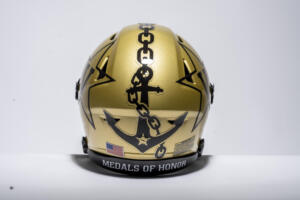 The words Medals of Honor will give a nod to the Memories of Honor organization which aims to act as a living, breathing memorial so that no loss of military life goes forgotten.

Vanderbilt football has previously partnered with Memories of Honor for its annual Salute to Service game.

The organization works with law enforcement professionals to save children and seek justice for those who victimize them.