Commodores will move into full pads on Tuesday

“The energy so far has been right where we want it,” Mason said. “I’m excited about how our guys are comprehending what’s been put in front of them, competing and executing.”

Mason made the most of NCAA-mandated acclimation practices over the weekend. On Saturday and Sunday, he put the Commodores through quick-paced, split-squad practices that stressed position fundamentals, scheme development and conditioning. With fewer players at each session, virtually the entire roster enjoyed extra repetitions.

“This team understands the tempo we want and did a great job of making the most of these last two days,” Mason said. “We got a lot out of the split practices. I’m seeing more overall depth on our roster.”

The Commodores will practice late Monday in limited gear, then come back Tuesday evening for their first practice in full gear.

Here’s a look at some highlights from 7-on-7, short yardage and team drills Sunday:

Vanderbilt’s annual Dore Jam is set for this Saturday, as fans will have the opportunity to meet their favorite Commodore student-athletes, get autographs, listen to live music and participate in an array of family-oriented activities.

Dore Jam will be held from 3-5 p.m. in the Vanderbilt Multipurpose Facility, located between 25th Avenue South and Natchez Trace.

Mason and the football team will be on hand to greet fans and sign free 2019 schedule posters that will be distributed at the facility entrance (located off Children’s Way).

New to the 2019 edition of Dore Jam, the first 2,000 fans will be able to create their own t-shirt from Hip Hues. Official mascot Mr. C, Commodore spirit leaders, face painters and balloon artists will be on hand to entertain young fans. Other activities for young fans include inflatables, obstacle courses, soccer skee balls and a kicking station. 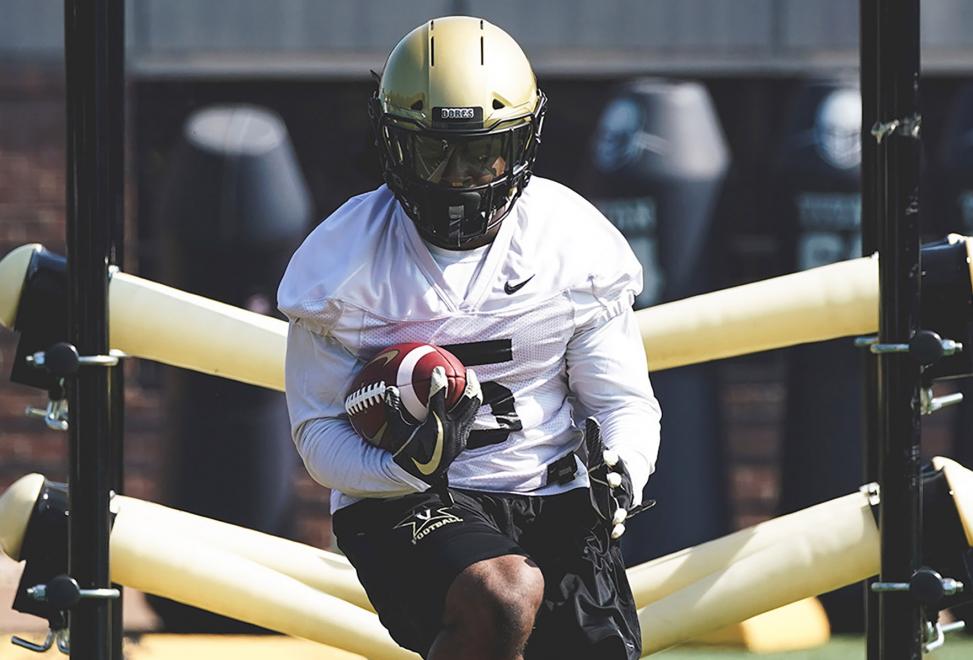